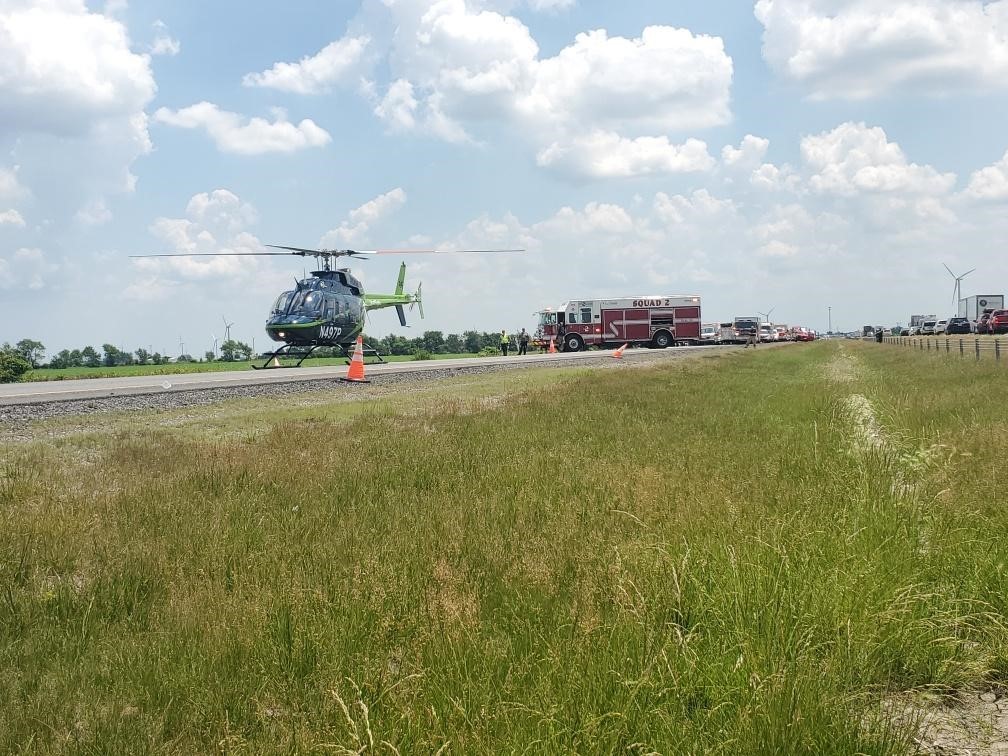 Friday afternoon around 12:40 p.m., the Indiana State Police responded to a multi-vehicle crash on Interstate 65 northbound near the 189 mile-marker.

Preliminary investigation by Trooper Stinson revealed that a silver 2011 Mazda Miata, driven by Joseph Utley, 70, of Valparaiso, IN, was traveling southbound on Interstate 65 in the left lane near the 189 mile-marker. For an unknown reason, the Miata went into the right lane and sideswiped a 2011 white Chevrolet Tahoe. The Miata went into the ditch on the west side of the southbound lanes. The driver of the Tahoe lost control, traveled across the median, and into the northbound lanes.

At the same time, a Greyhound bus, driven by James Jones, 65, Chicago, IL, was traveling northbound in the left lane. The Greyhound bus collided with the Tahoe on the passenger side. Both of those vehicles came to rest in the ditch on the east side of the northbound lanes.

Both occupants of the Tahoe were pronounced deceased at the scene of the crash by the White County Coroner. Their names are being withheld pending identification and notification to the family.

Joseph Utley was uninjured, and James Jones was transported to a Lafayette area hospital with non-life-threating injures.