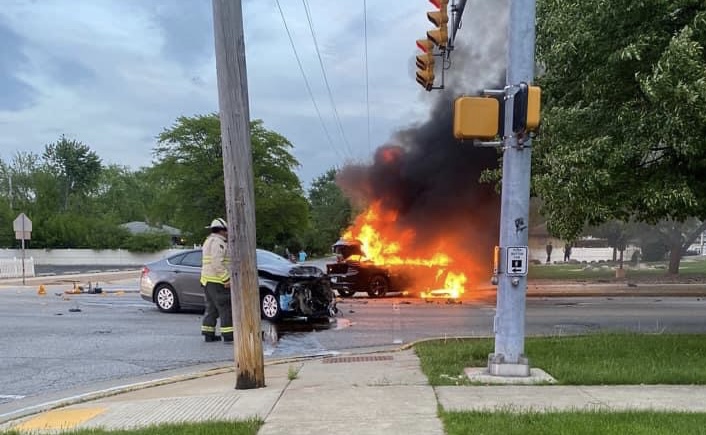 A Hammond Police pursuit has ended in Munster at the intersection of Columbia & Broadmoor after a Dodge Charger struck another vehicle and then struck the stoplight bursting into flames.

Hammond Police tell RNS around 7:45 PM Tuesday a Charger was driving recklessly when a Hammond Officer attempted to stop him. The driver fled southbound Columbia before crashing into a vehicle and then a stoplight pole in Munster. The subject ran on foot from the Charger before being caught a short time later. The vehicle did not come back stolen.

At this time only one child was transported to be checked out from the innocent vehicle, according to Munster Fire Officials.

Check back for updates as information is still coming in at this active scene.