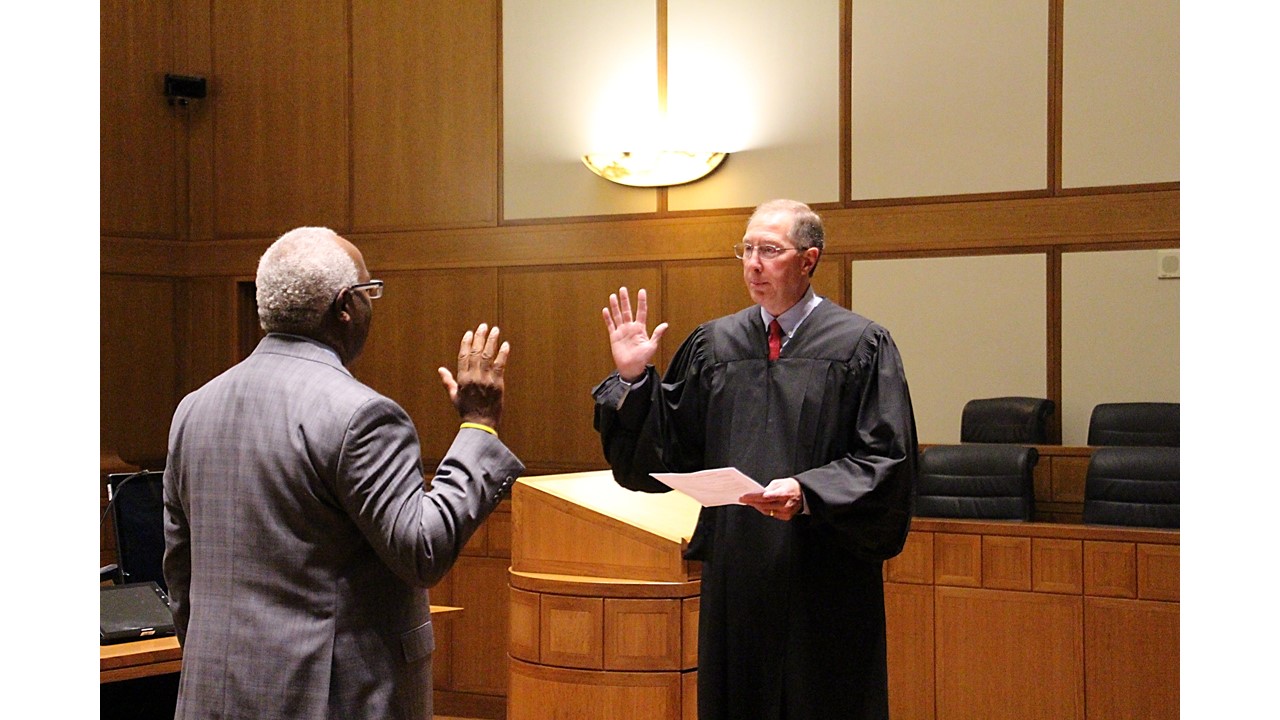 Clifford D. Johnson is officially the U.S. Attorney for the Northern District of Indiana.  He was sworn in by Chief U.S. District Judge Jon E. DeGuilio this morning at the federal courthouse in Hammond.

Mr. Johnson previously was an Assistant United States Attorney in the Northern District of Indiana from 1986 to August 2020.  During his tenure with the U.S. Attorney’s Office in the Northern District of Indiana, Mr. Johnson held numerous supervisory/management positions, including Chief of the Civil Division from 1997 to 2010 and twice serving as the First Assistant U.S. Attorney from (June 2010 to March 2017 and October 2017 to August 2020).  Mr. Johnson, pursuant to the Vacancy Reform Act, served as the District’s Acting U.S. Attorney from March 2017 to October 2017.  Before joining the United States Attorney’s Office in January 1986, Mr. Johnson was a Trial Attorney in the Employment Litigation Section of the Department of Justice’s Civil Rights in Washington, D.C. from August 1980 to December 1985.

“I am looking forward to working hard on furthering the Office’s stated mission which is: To justly and with the highest degree of excellence represent the interests of the United States of America in execution of federal laws, to advance public interest, and to ensure the fair and impartial administration of justice for all persons,” said United States Attorney Clifford D. Johnson.