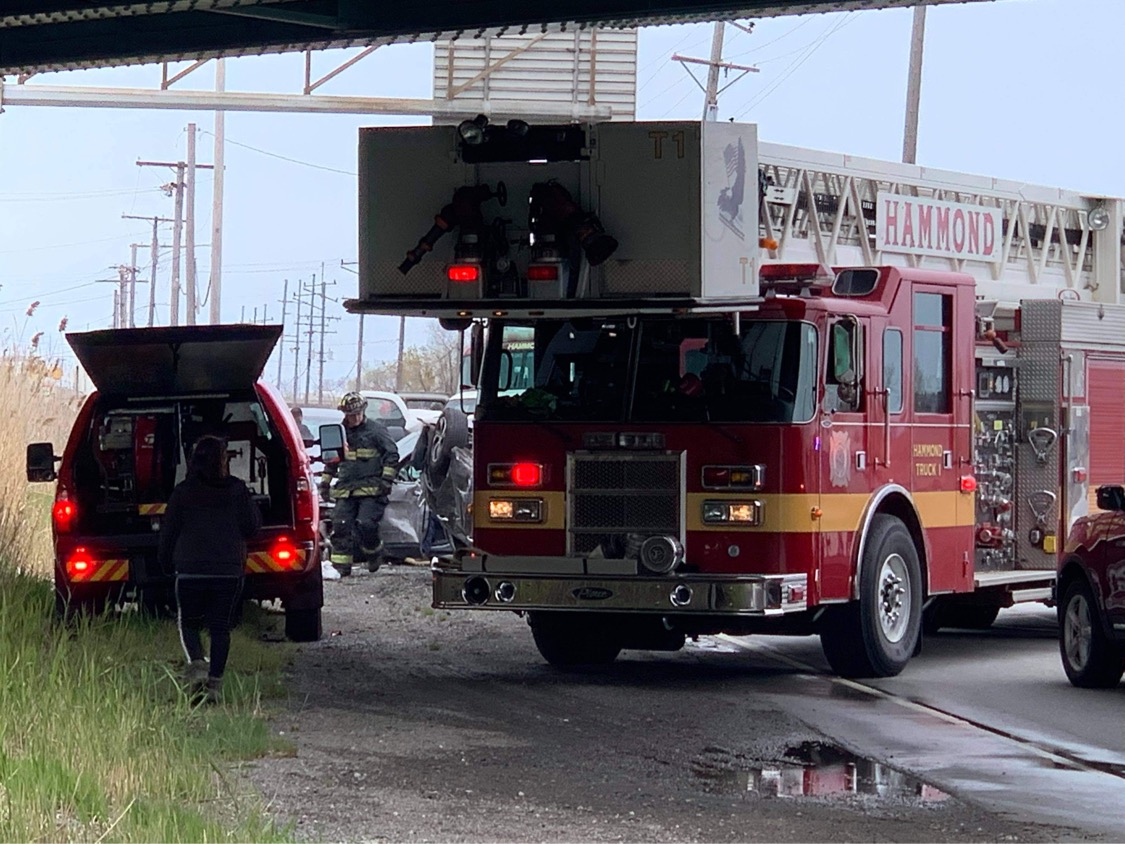 Around 3:30PM Tuesday Hammond Police & Fire were dispatched to a four car serious accident in the 3900 block of Calumet Ave near the Toll Road & Cline Ave exits, according to Lt. Steve Kellogg of The Hammond Police.

On arrival crews had multiple extractions of injured parties on scene including two fatalities. Preliminary investigation shows vehicle 1 traveling Northbound on Calumet clipped vehicle 2 which was headed Southbound on Calumet. Vehicle 1 spun out of control and went airborne landing on its roof causing a third & fourth vehicle to be involved in the incident. The two fatalities are in vehicle 1 which was occupied by one male and female, Kellogg stated. Three others were transported with non-life threatening injuries, Hammond Fire Chief Jeff Smith told RNS.

The Lake County Coroner has identified the victims as Isiah Cunningham, 21, of Chicago and Arianna Robinson, 22, of Dolton.