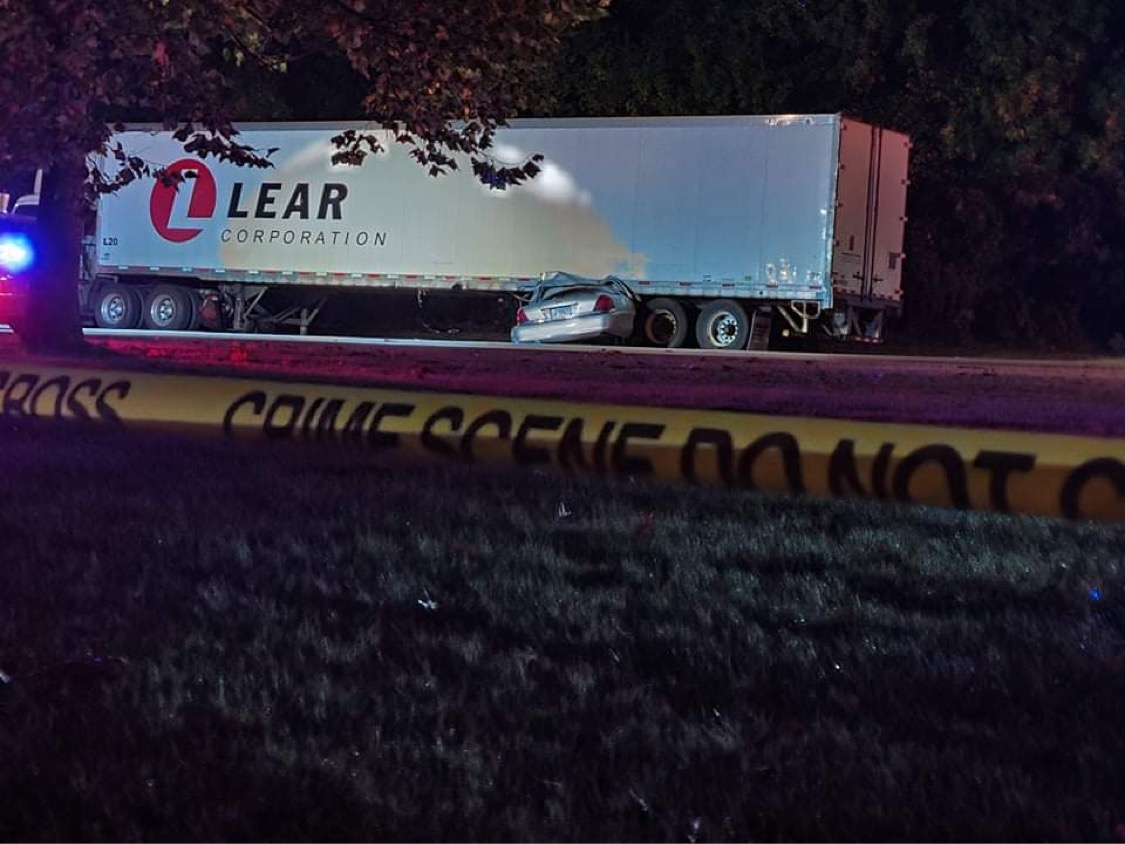 On Monday, October 4, 2021 at approximately 11:00 PM, Calumet City Police and Fire Personnel responded to the
intersection of River Oaks Drive and Wentworth Avenue for a report of a motor vehicle crash involving a semi-tractor trailer and a passenger vehicle, according to Calumet City Police Chief Kevin Kolosh.

Officers and fire personnel arrived on scene and immediately began to render aid to the injured, Kolosh stated. The driver of the passenger vehicle, a 59 year old male, was transported to a local trauma center for treatment. The passenger of the vehicle, a 44 year old female from Hammond, was pronounced deceased on scene.

This incident remains under investigation by the Calumet City Police Department and the South Suburban Major Accident Reconstruction Team.