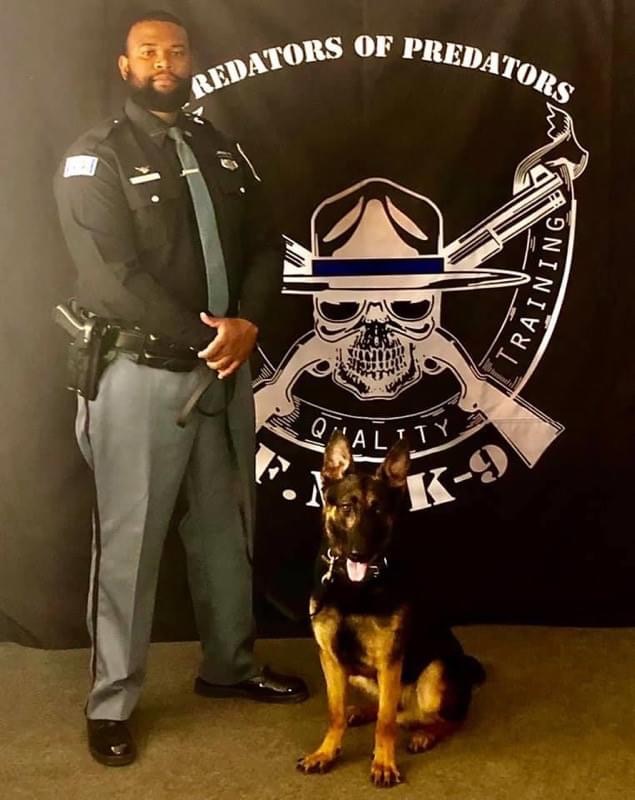 On February 20, 2021 at approximately 4:42 AM Gary Officers responded to the 4800 block of Carolina Street for a missing juvenile, according to Gary Police.

Upon arrival officers were informed the teenage female had left the residence in an unknown direction. Officers were also informed the girl had disabilities including Autism and was not capable of fending for herself or understanding the level of danger she faced in these extreme weather conditions, police said.

Gary Officers began a search for the girl but were unable to locate her. Off-duty Gary Corporal Brown and K9 Koba were requested to the scene for a track.

Upon arrival Corporal Brown obtained a scent sample for the teen and presented it to Koba with the command to search. The K9 team then searched the area for the missing teen. She was located on the ground in the 600 block of East 48th Ave by the K9 team. The teen had no shoes, socks or coat on when she was located. Medics were immediately summoned to the scene to evaluate the teen and she was transported to the hospital for further treatment.

“If not for the actions of Corporal Brown, K9 Koba and other Gary officers on scene the outcome would have been tragically different,” police said Saturday.