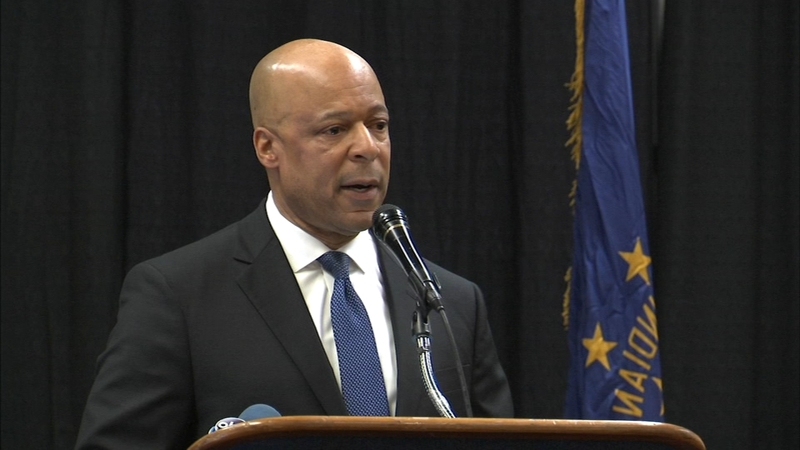 Mayor Jerome A. Prince today said the City of Gary Redevelopment Commission, or RDC, moved to take back the Genesis Center and the former Ivanhoe property, opening up new opportunities for future development.
The RDC filed a lawsuit against Akyumen Technologies, charging the troubled company with breaching two contracts, Mayor Prince said. The City has begun inviting new developers to present their ideas for making the most of the two properties.

“My team and I will continue to look for ways we can make the most of vacant or underutilized properties and put them on our tax rolls, and these two properties will be ideal for the right developers,” Mayor Prince said. “We can never move our City forward until we’re willing to try new approaches to development.”

According to the complaint filed in Lake Superior Court, Akyumen Technologies defaulted on its contract with the RDC, failing to pay the contractual $2.5 million for the Genesis Center property by July 27. That failure nullified the contract, according to the RDC, and it opened the company up to a $100,000 fee known legally as “liquidated damages.”

The RDC also claims the company defaulted on its promise to provide the RDC with a development agreement for the former Ivanhoe property, essentially nullifying that purchase, too. The company’s failure to live up to the agreement should cost the wayward company $27,500 in fees, as described in the complaint.

The RDC deserves to have full control over the Genesis Center and the former Ivanhoe properties, and Akyumen Technologies should pay for legal fees and damages, according to the RDC.

Mayor Prince said Akyumen Technologies made many attractive promises, but they delivered on none of them. The two properties in question have already drawn the interest of other developers with exceptional ideas, all of which the RDC will examine closely, Mayor Prince said.

“For me, the important thing to understand is the City of Gary has a lot to offer and properties that can provide great opportunities for development,” Mayor Prince said. “Our first attempts to monetize these two great properties didn’t work out, but we’re going to continue working with developers to Re-Imagine the properties can mean for our community.”