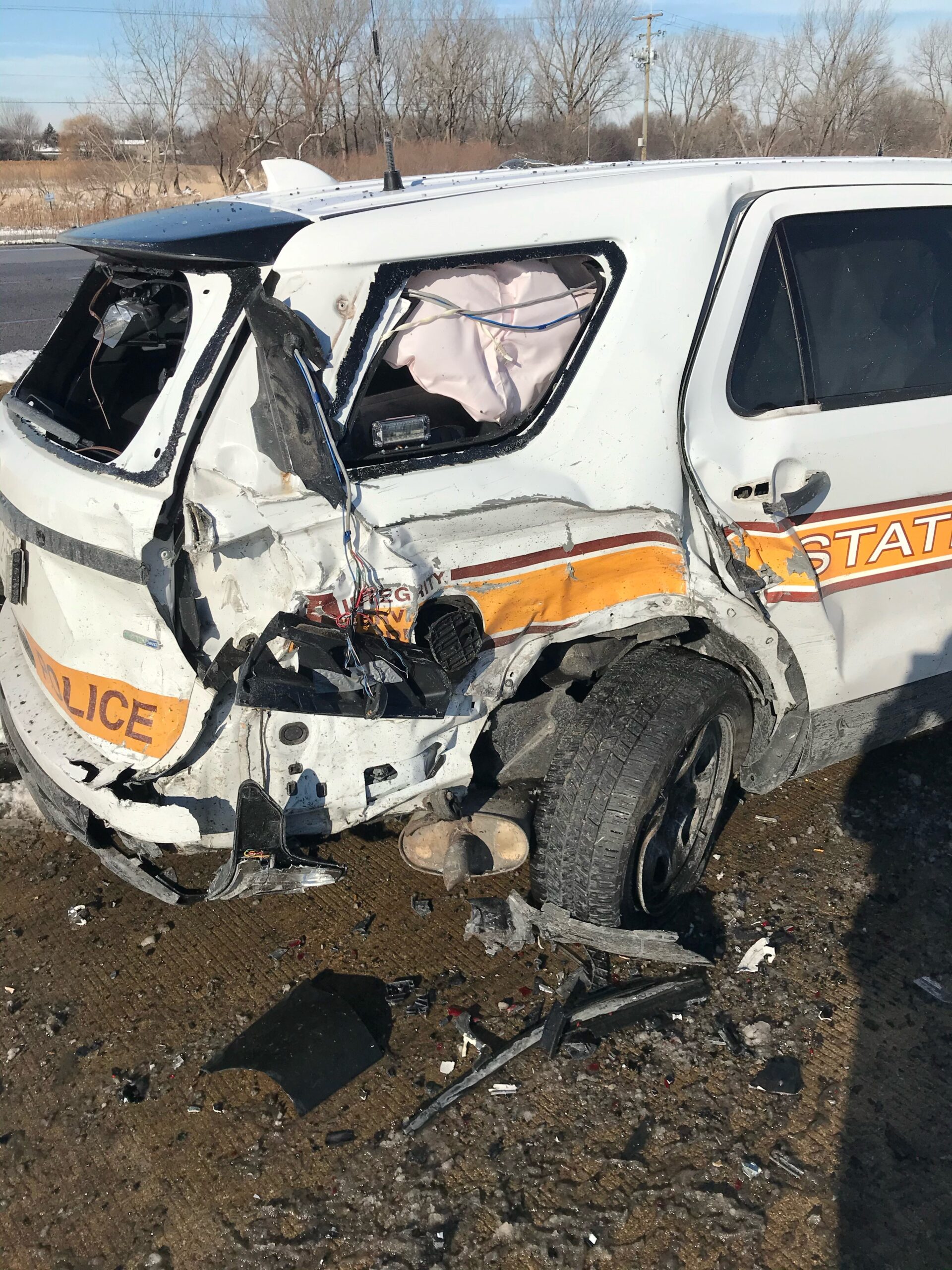 Wednesday at approximately 9:24 a.m., a District 2 Trooper responded to a single vehicle motor vehicle crash. The Trooper arrived on scene and pulled behind the vehicle on the left shoulder with the emergency lights activated.  At approximately 9:55 a.m., as the Trooper sat inside of the marked squad car completing paperwork related to the crash, a Gray Kia crashed into the rear of the Trooper’s squad car and struck the front driver side area of a White Nissan also traveling northbound on Illinois Route 53. Upon impact, the Trooper’s squad car was forced into the left concrete median wall.  The vehicle involved in the initial property damage crash, was not impacted in this secondary crash.

The Trooper sustained non-life-threatening injuries and was transported to a local area hospital for treatment; the Trooper has since been released. The driver of the Kia, Pierre R. Holloway, a 35-year-old male of Bartlett, IL and the driver of the Nissan, were also transported to a local area hospital for non-life-threatening injuries.  Holloway was cited for a violation of Scott’s Law and Failure to Reduce Speed to Avoid an Accident.  A person who violates Scott’s Law, commits a business offense and faces a fine of no less than $250 or more than $10,000 for a first offense.

The ISP would like to remind the public of the requirements of Scott’s Law, otherwise known as the “Move Over” law. When approaching an emergency vehicle, or any vehicle with their hazard lights activated, drivers are required to slow down and change lanes when it is safe to do so.

“The men and women of the ISP and other emergency personnel risk their lives daily to protect the public.  Please do your part by paying attention as you drive, and obey Scott’s Law,” stated ISP District 2 Commander, Captain Michael J. Kraft.  “This crash was avoidable,” added Captain Kraft.