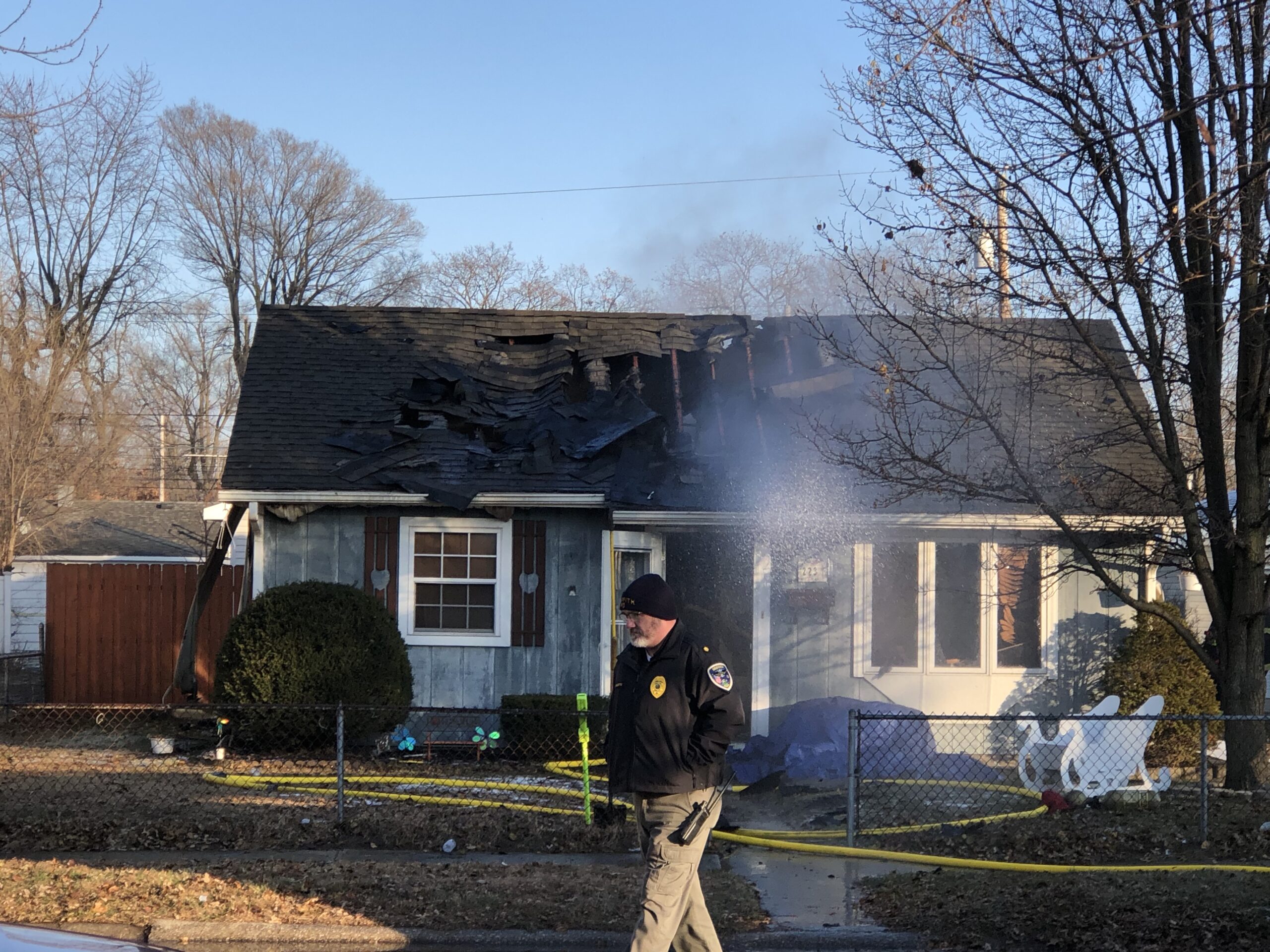 A structure fire call came in around 2pm Tuesday on the 200 block of N Jay Street in Griffith. First officers on scene noticed smoke and flames coming from the residence roof, Commander Keith Martin of The Griffith Police told Region News. Police and Fire were unable to locate anyone inside the residence and were able to get a hold of a female resident via phone who stated no one should be home, Martin said. Officers went around the back of the home and heard a vehicle running in the detached closed garage, Martin stated. Officers forcefully made entry and noticed smoke inside the garage from the vehicle running. Upon further inspection they found a male who appeared to have a self inflicted gun shot wound. Officers removed the male to be transported to the waiting ambulance in the alley, Martin said. The male was transported to Methodist Northlake, his condition is unknown at this time, Martin said.

Deputy Fire Chief Hill of the Griffith Fire Department stated they received mutual aid from Highland, Gary, Merrillville, Lake Ridge Fire Departments on the fire. Two dogs did not make it out of the home, Hill told Region News.