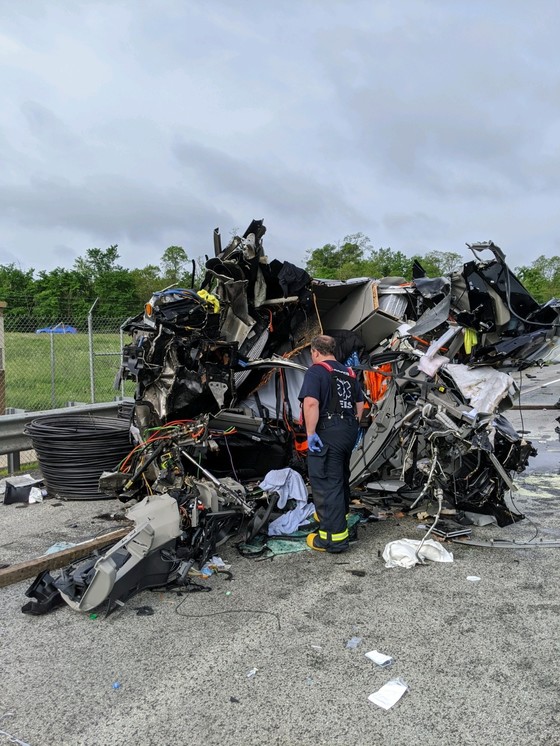 Thursday morning at 7:40 a.m., Troopers responded to a personal injury crash on I-94 east near mile-marker 26, according to Sgt. Glen Fifield of the Indiana State Police. Preliminary investigation by Senior Trooper Jerry George indicates that a white 2020 Freightliner pulling an enclosed box trailer was partially in the far right lane and partially on the right shoulder.  The truck is owned by West Side Transport of Cedar Rapids, Iowa and was driven by Derrell V. Taylor, 32, from Steger, IL.

A black 2018 Peterbuilt pulling a flatbed trailer with several coils of rolled steel, struck the rear end of the trailer that was partially in the roadway and then jack-knifed.  Several of the rolled coils broke free and smashed through the cab of the Peterbuilt.  The driver, Nathan P. Samples, 47, from Madrid, Iowa, was trapped inside and had to be extricated by fire and emergency medical personnel.  He was flown to University of Chicago Hospital via helicopter after sustaining serious injuries.  Drugs or alcohol are not suspected to be a factor at this time.  The investigation is on-going.  Traffic was diverted onto U.S. 20 in Burns Harbor for several hours for scene investigation, clean up and removal of all vehicles and cargo.