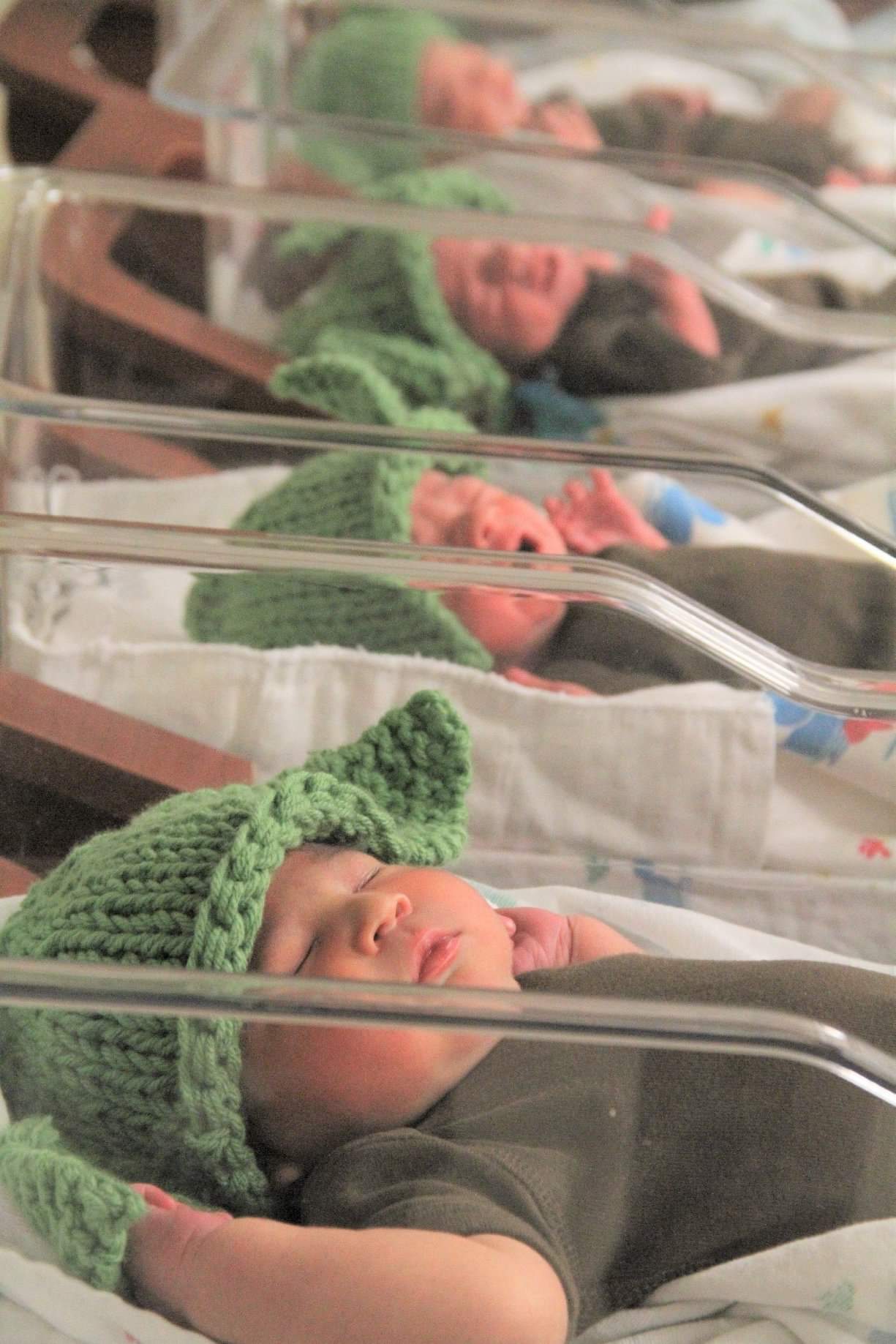 As the anticipation grew for the opening of “Star Wars: The Rise of Skywalker,” the force was with infants born on Thursday, Dec. 19.

The Franciscan Hospital’s Labor and Delivery staff presented newborns with tiny knit caps. The caps were created by Erin Ollis of Crown Point, Indiana. She has spent the holiday season knitting the tiny headgear. Much of the materials she used were donated by her church.

The caps are inspired by the “Baby Yoda:” character from the Disney+ series “The Mandalorian.” This event occurs on the day the Star Wars movie makes its national debut.