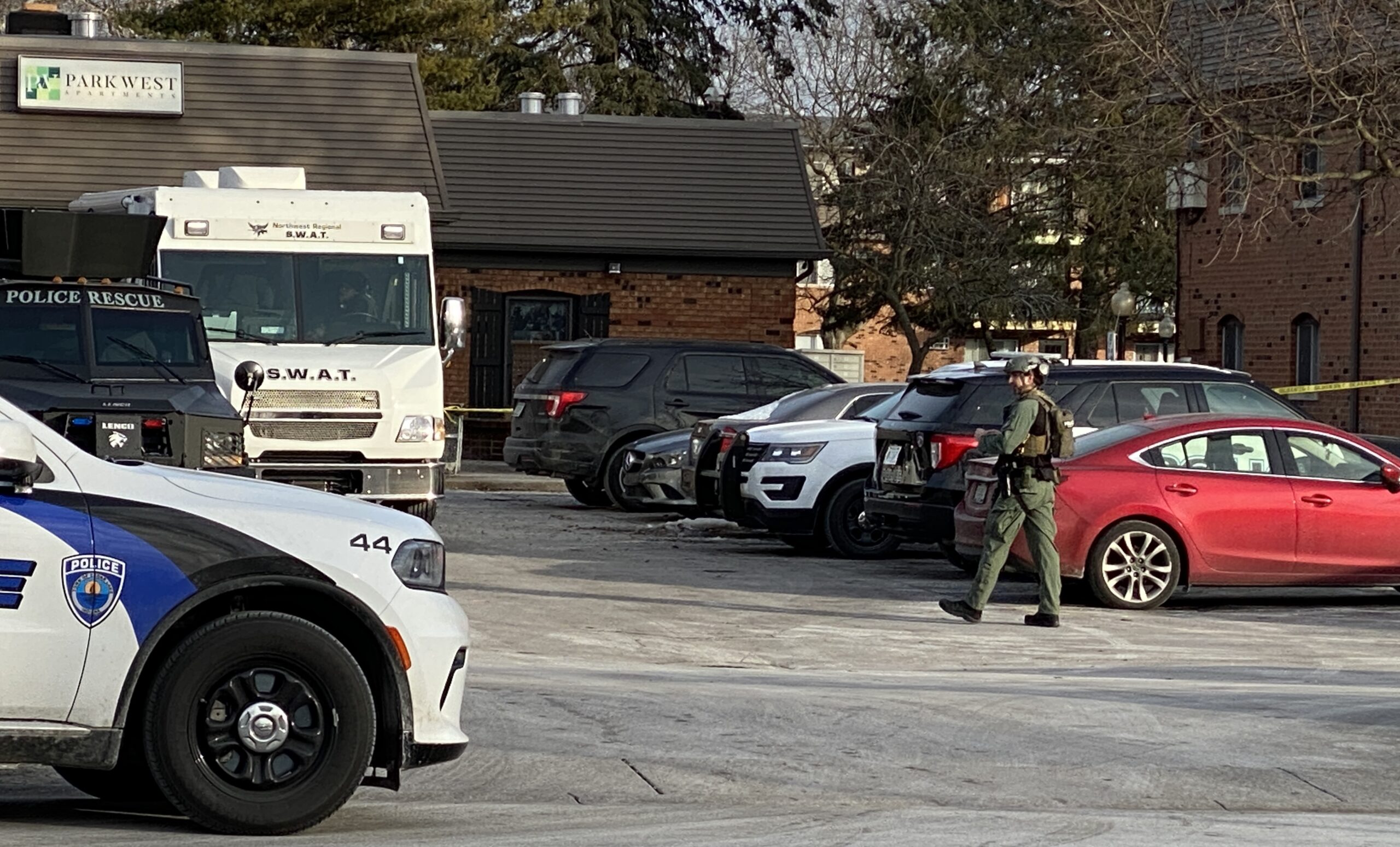 Griffith Police were contacted and given information that led them to believe a welfare check needed to be conducted just south of Ridge Rd just before 1:30PM on 1/19/22, according to Commander Keith Martin. Due to the nature of the allegations, and the inability to immediately contact anyone at the location, Northwest Regional SWAT was requested.

Just prior to 4:00 PM, the target of the welfare check was not found at the location, so officers departed. However, the investigation into the allegation will continue to determine its validity, Martin stated. The alleged incident initially reported did not involve any threat to the general public.

Despite none of the incident involving Park West Apartment property or any of their tenants, the Griffith Police Department thanked Park West for the use of their facilities while police were staging for this operation during the brutal temperatures.