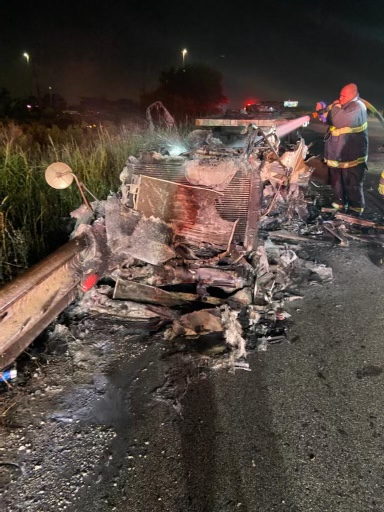 Preliminary investigation revealed that a black 2013 Jeep Grand Cherokee was traveling westbound in the eastbound lanes of I-90. The Jeep struck a red 2004 Freightliner semi-tractor pulling a trailer head-on. The male driver of the Jeep was ejected from the vehicle and was declared deceased at the scene by the Lake County Coroner. The crash caused both vehicles to catch on fire and become fully engulfed. The driver of the semi was not injured.

The Lake County Coroner’s Office had identified the driver as Matthew J. Pulido, 25, of Griffith. It is unclear at this time if alcohol and/or drugs played a factor in the crash, police stated.

The eastbound lanes of the Indiana Toll Road were closed for approximately five hours for crash investigation and clean-up.