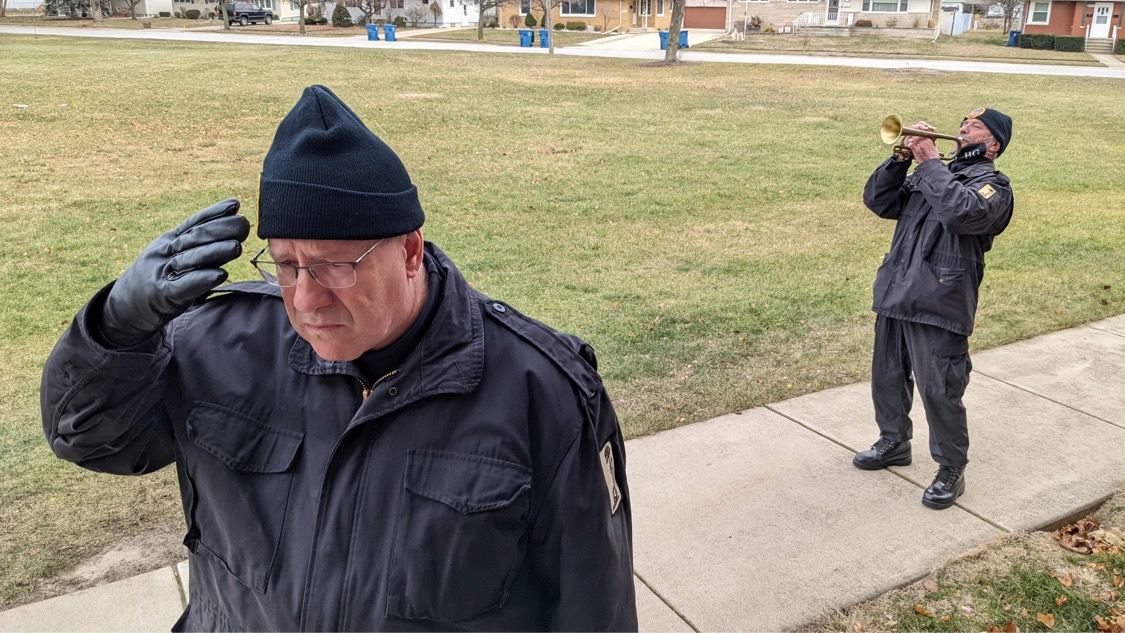 The Sons and Daughters of Pearl Harbor Survivors held their annual Remembrance Day Memorial Service at the Lincoln Center in Highland to commemorate the 80th Anniversary of the attack on Pearl Harbor.

The event began at 11:55 AM local time which coincides with the time that the attack began on Sunday, December 7th. 1941. James M. Laud, Sr., the District 5 Director of the organization led the event and spoke about the need for Americans to remain ever vigilant. This was followed by a Rifle Salute and the playing of Taps in remembrance of survivor Tom Hill who passed away on June 21, 2021 and served on the USS Sacramento at the time of the attack.

It is believed that at this time there is only one surviving Indiana resident who was present on the day of the attack, and nationally there are approximately 75-80 remaining survivors although as Mr. Laud pointed out there is no official database.