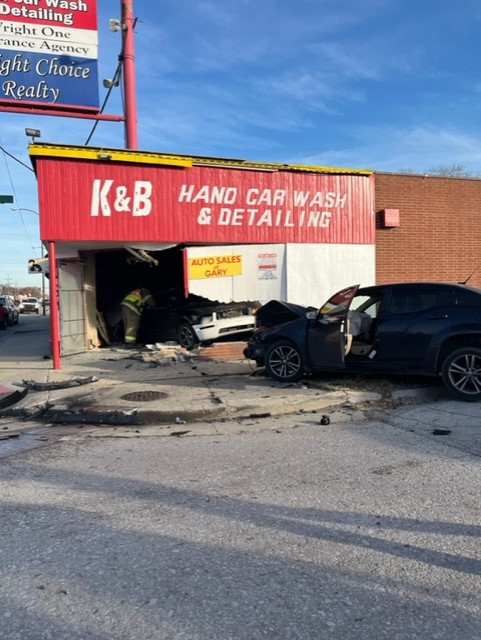 On Tuesday, November 23, 2021, a Hobart Police Officer observed a black Dodge Avenger in the area of 37th Avenue & Liverpool Road traveling at 65mph in a 35mph zone and then observed the vehicle making unsafe lane changes, according to Captain James Gonzales of The Hobart Police.

Both the suspect and the other driver were transported to local area hospitals for treatment. Hobart Investigators obtained a search warrant for the suspect’s blood and a blood draw was conducted at the hospital.

The driver was identified as a 26 year old female with an address listed on the 5100 block of Pennsylvania Street in Gary. Both of the vehicles were impounded from the crash scene.

The investigation was assigned to Hobart Investigators for follow-up and charges to be presented to the Lake County Prosecutor’s Office. The driver of the vehicle potentially faces charges of Fleeing Law Enforcement by Vehicle a Level 6 felony, Reckless Driving a Level 6 felony and Driving While Suspended. Additional charges or enhancements to the aforementioned charges may be pursued depending on the outcome of the toxicology results.