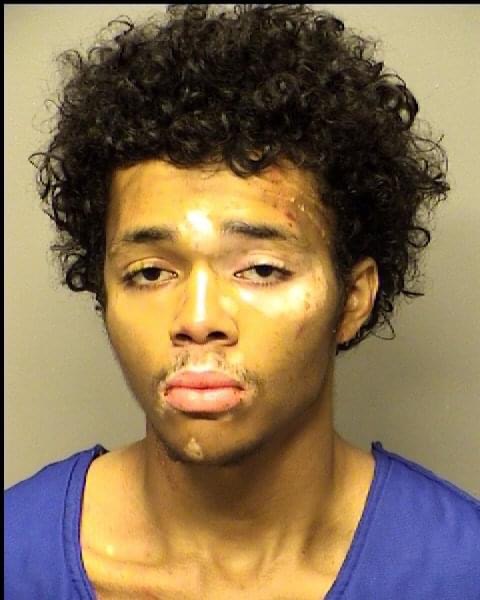 On Tuesday June 21, 2022 at approximately 2:11 AM, an officer with the Portage Police Department observed two juvenile females stumbling barefoot along US Highway 20 near Willowcreek Road. The officer stopped to check the welfare of the juveniles and found them to be under the influence of unknown substances, Portage Police said.

These two females reported they had lied to their parents about their whereabouts and were given a ride to the local motel by an adult female (not present), who rented the room for them in order to “party” with several males. In total this adult dropped three fifteen-year-old females off at the room together. The two females found walking reported that they were the subject of unwanted sexual advances and ultimately sexually assaulted by one of the males in the hotel room before leaving and they were now trying to walk back to their homes in Lake County. Based on their statements it was determined that a sixteen-year-old female and a fifteen-year-old female had voluntarily stayed at the hotel to engage in sexual acts with multiple, possibly adult, males.

Based on the information that a person under the legal age of consent was engaged in sex acts with a group of men at the hotel combined with the indications of substance abuse several officers responded to the Travel Inn (6101 US Highway 20) for follow-up investigation. After speaking with the desk clerk officers were able to determine the room the subjects were in. Upon arriving at that room, several officers positioned themselves outside the door while others set up a perimeter around the hotel. Officers outside the door could hear male voices making statements that the two girls who left “looked like they were twelve or thirteen” and how they had attempted to have sex with them anyways. Officers next heard sexually oriented statements and what they believed was the sound of a sex act occurring. Officers knocked on the door and a young female voice responded that she would need a moment to get dressed. A short time later a fifteen-year-old female opened the door wrapped in a bed sheet. Officers then observed a partially clothed sixteen-year-old female who yelled, “Cops!”

At this point a seventeen-year-old male wearing only underwear leapt out of the open room window where he was quickly detained by the perimeter officers. As this was occurring, a sweat covered adult male, Brendan Richardson-Willis 19 years of age, who was wearing only underwear and a facemask attempted to shove past the officers at the door in an attempt to flee. A physical struggle ensued between Richardson-Willis and the three officers. The first officer who engaged with Richardson-Willis had his police radio and spare pistol magazine ripped from his outer ballistic vest. Richardson-Willis also grabbed onto and attempted to remove this officers TASER from its holster. During the struggle Richardson-Willis was subjected to two TASER deployments by the other officers that had little to no effect on him. At one point Richardson-Willis was forced to the ground where he started reaching underneath the hotel bed. It was later discovered that a loaded pistol grip 12-gauge shotgun was just out of his reach under the bed. Also underneath the bed but on the opposite side was a loaded 9mm semiautomatic pistol.

After Richardson-Willis was unable to reach these firearms, he made an attempt to disarm each of the three officers in the room of their duty pistols. Each officer was able to prevent being disarmed but two of their holsters were damaged during the attempt. It was only after a third TASER deployment that Richardson-Willis was brought under control and handcuffed.

Richardson-Willis suddenly lost consciousness and was transported to a local hospital for evaluation based on his extra ordinary strength and unusually high pain tolerance out of concerns he was experiencing a condition known as Excited Delirium. Richardson-Willis was ultimately found to be in good health and transported to the Porter County Jail.

While still on scene, two additional males were found in a vehicle in the parking lot. One adult from this vehicle was released without charges but a seventeen-year-old male, who admitted to being in room with Richardson-Willis and the juveniles was arrested after he was found in possession of THC vape cartridges and drug paraphernalia.

During the investigation officers recovered a 12-gauge Mossberg shotgun, 9mm Taurus semi-automatic pistol, marijuana, marijuana wax, THC vape cartridges, alcohol, CO2 cartridges (used for inhaling), and three prescription-only medications that were being abused by the various occupants of the room.

During the arrest of Mr. Richardson-Willis three officers sustained injuries consisting of numerous abrasions to their arms, a sprained elbow, a bone chip from the elbow, and a swollen hand. Several officers present on scene also complained of coughing and shortness of breath from what they report as being the inhalation of unknown substances present in the hotel room. Each officer was able to transport themselves to the hospital for treatment and evaluation and each was able to return to work the following evening.

The investigation is on-going in regard to sexual offenses occurring to the three fifteen-year-old females. The adult female who rented the room faces criminal charges relating to contributing to the delinquency of a minor.