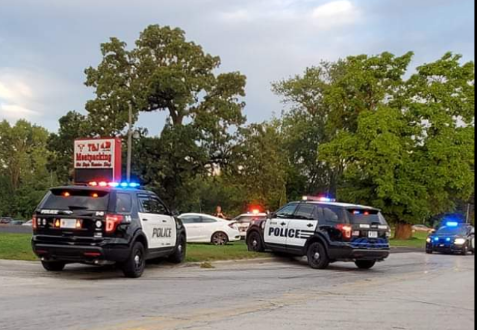 Thursday morning shortly after 4 a.m. multiple suspects were rummaging through unlocked vehicles in High Point Prairie Subdivision in Dyer, according to a release. Police say it appears the same crew also hit unincorporated Lake County and St. John just prior to coming to Dyer.

A vehicle was stolen from St. John and was spotted by patrol units near the Dyer suspicious activity. Dyer Police went to stop the stolen vehicle and it began to flee and struck a car at 81st and Sheffield. The suspects jumped out and entered another vehicle and again began to flee, from Dyer Police. St. John and Dyer units pursued the vehicle into Illinois where the occupants ran from the vehicle near IL394 and Glenwood Dyer Road, Dyer Police said. That vehicle was also stolen out of Illinois. Police units and Lake County Helicopter are still searching for the suspects.

Dyer Police are asking residents to check vehicles in driveways and report any suspicious activity or security video of these suspects. We will continue to update this story as this situation continues.