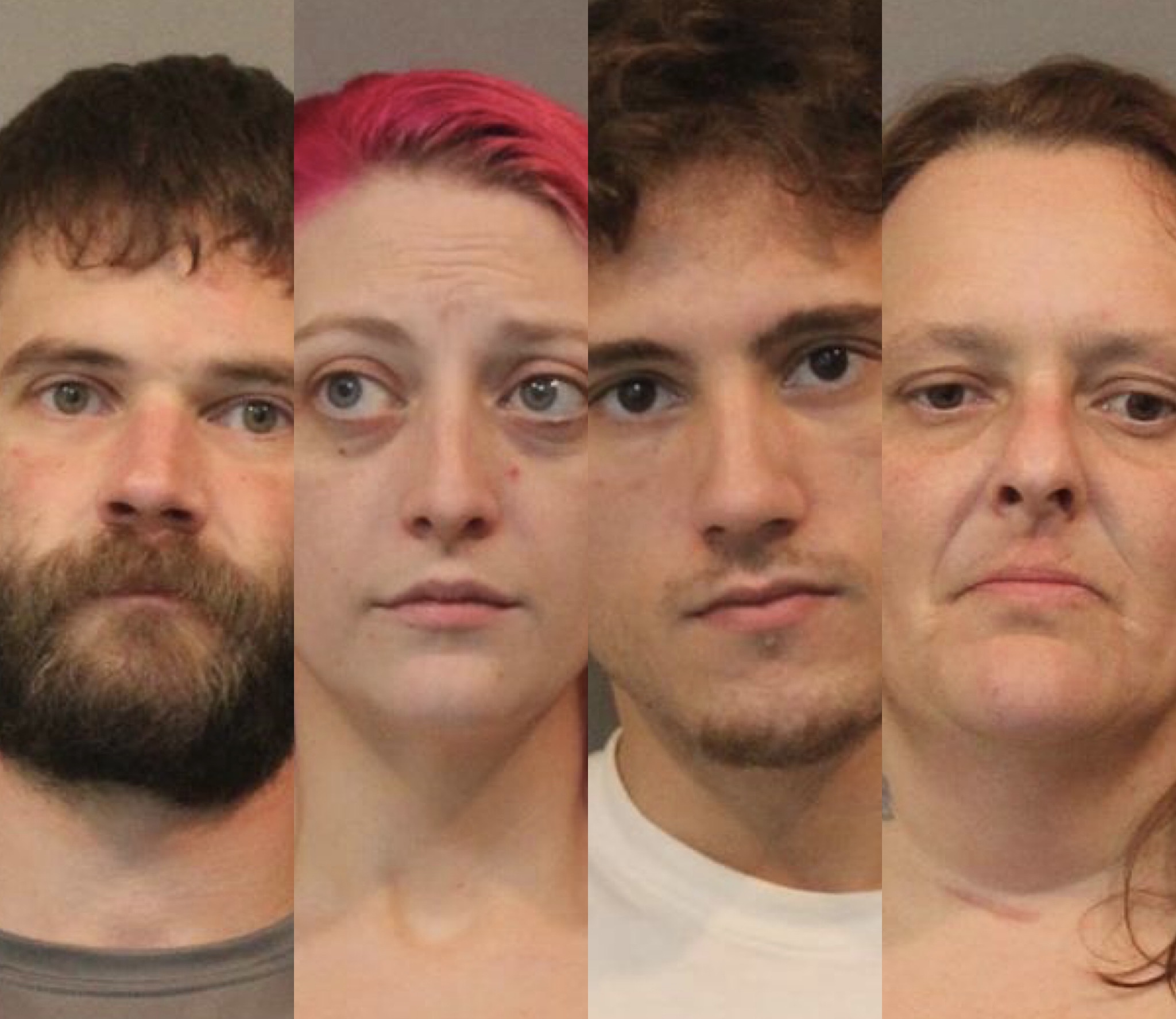 At approximately 9:15 AM, Tuesday morning, officers with the Lake County Sheriff’s Department Drug Task Force, SWAT Team and Cedar Lake Police Department executed a narcotics search warrant at a home in the 7200 block of W. 129th Lane in Cedar Lake, according to Sheriff Oscar Martinez Jr.

Officers had received information that methamphetamine was dealt from the home.  Seven individuals were detained during the search of the home, Martinez said.

All four face criminal charges of dealing a controlled substance.

While officers were executing the search warrant, a pit bull that was in a fenced-in area behind the home became extremely aggressive.  The dog broke the leash that was securing it, then escaped from the fenced in area.  The animal lunged at officers, threatening to attack at least three times before officers were forced to shoot and kill the dog.  Three other dogs at the home were not injured.

Officers recovered approximately 10 grams of suspected methamphetamine, a long gun, needles and scales from the home.  It’s believed suspects may have attempted to destroy narcotics when officers arrived, Martinez stated.

“We remain committed to investigating and pursuing people who sell drugs throughout Lake County,” said Sheriff Oscar Martinez Jr., “and I am extremely proud of the hard work and cooperation of the officers who worked on this case.”

“It was truly unfortunate for officers to have to put an animal down at the scene of this search warrant.  Officers believed the animal posed an imminent danger,” Sheriff Martinez said.