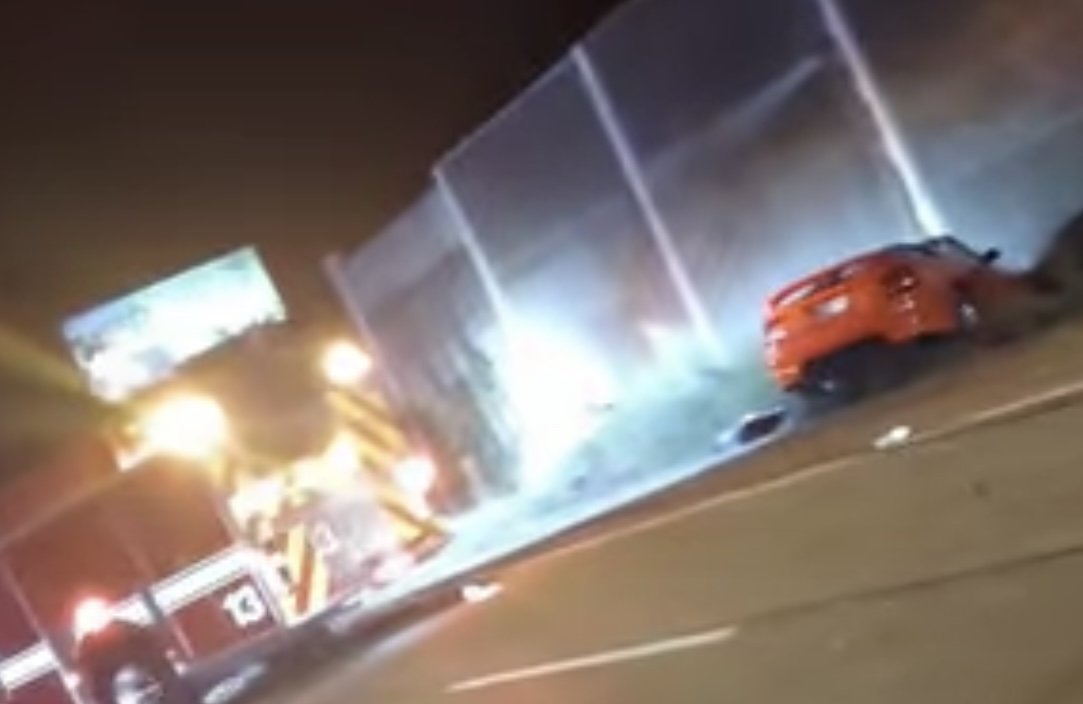 Sunday morning just before 1:00 AM, Indiana State Troopers were dispatched to a multi-vehicle crash on I-80/94 eastbound near the 5.7 mile-marker, which is located between Cline Ave. and Burr St., according to Sgt. Glen Fifield.

Preliminary investigation by Trooper Kevin Council and Trooper Joshua Luckey shows that a blue 2021 Chevrolet Camaro was traveling eastbound at a high rate of speed when it rear-ended a silver 2011 Honda Pilot.  This initial impact pushed the Honda into the median wall.  The Camaro continued to the right portion of the roadway where it struck a red 2000 Ford Mustang.  This second impact pushed the Ford into the outer sound barrier wall located on the right side of the roadway. The Camaro also struck the outer sound barrier where it burst into flames upon impact, Fifield stated.

Once the Gary Fire Department was able to extinguish the fire, two deceased individuals were located in the Camaro.  Identity of the deceased will be released by the Lake County Coroner’s Office once notification to next of kin is made by the coroner, Fifield said.

Neither the driver of the Honda nor the driver of the Ford sustained any injuries. The driver of the Ford, Scott Kennedy, 43, of Crown Point, IN, showed signs of impairment at the scene and an O.W.I. (Operating While Intoxicated) investigation was initiated.  Mr. Kennedy refused to submit to a chemical test and a search warrant for a blood draw was signed by a Lake County Judge.  This warrant was executed at Northlake Hospital.  Mr. Kennedy was then transported to the Lake County Jail where charges are pending prosecutor approval.

All suspects are presumed to be innocent until/unless proven guilty in court.