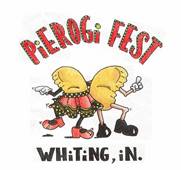 In the hope of keeping its Chairman and Co-Founder from boredom, Pierogi Fest will be held beginning Friday July 23rd through Sunday July 25th in Downtown Whiting, officials announced Monday.

Whiting-Robertsdale Chamber of Commerce officials expressed concern that Chairman and Co-Founder Tom Dabertin might take up singing and dancing. “Have you ever seen Tom dance? At 6’ 9” it’s like watching a bad accident on the expressway” commented John Sopo, a past Chamber president and retired police officer.

The festival which has won numerous national and local acclaim is one of the largest food festivals in the Midwest. “Pierogi Fest is known for its fun and safety, and our plans include measures due to Covid 19, like relocating picnic and eating areas to reduce the crowd along the main festival area. Our food vendors will be asked to take on additional sanitization to keep everyone safe” stated Tom Dabertin (who was not dancing when he said it). “As always, we want attendees to have fun and enjoy themselves, and we will offer great food and entertainment.”

Pierogi Fest, one the Chicago area’s largest events and organized entirely by volunteers, has earned a number of accolades including:

As an homage to mathematicians, this year’s Pierogi Fest will be the 26th event, 25 of those events held consecutively, with one off year, plus this year’s upcoming event (aren’t you happy you paid attention in high school math class?).