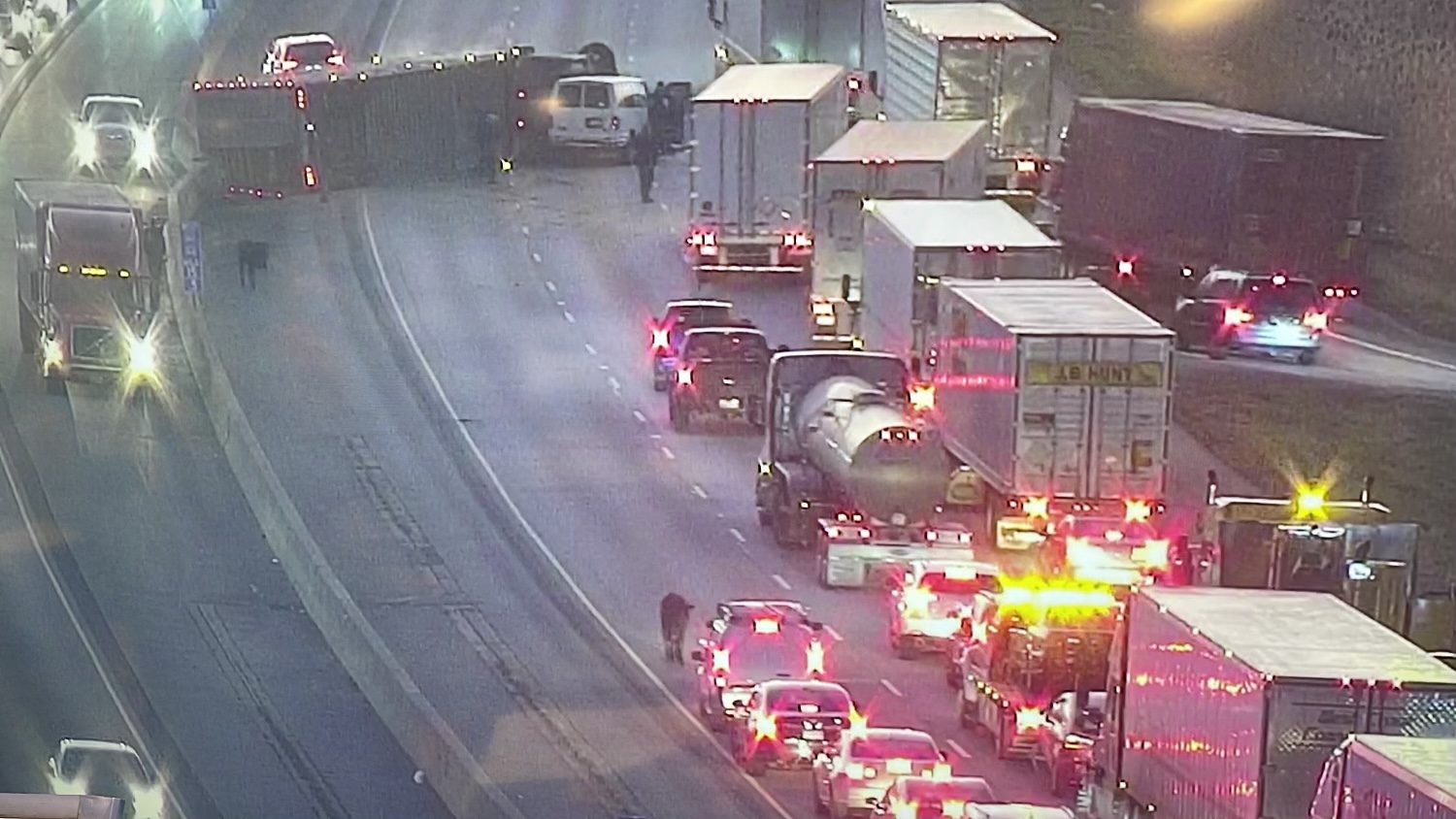 On Monday afternoon at approximately 4:30 p.m., a tractor trailer was attempting to enter the westbound lanes of I-80 from the Indiana Toll Road (I-90).  Preliminary investigation by Indiana State Trooper Ken Payonk revealed that the driver entered the curve at a speed too fast and lost control of the truck.  The truck, a 2013 Peterbilt operated by Kash Livestock Express LLC, and trailer then entered the westbound lanes of I-80/94 where it rolled over.  The vehicle rolled into the path of a van which resulted in the van striking the overturned vehicle.

The driver of the truck, Jared Kroeger, 25, from Lennox, South Dakota, was cited for driving at a speed greater than is reasonable.  Neither of the drivers were injured.  The cattle were being transported from Ohio to Nebraska.

Interstate lanes were shut down for approximately 6 hours with only one lane of traffic open.

Precision Towing was contacted for removal of the vehicles. Veterinarians were contacted from the Westchester Animal Clinic located in Chesterton, IN for assistance with the injured animals.