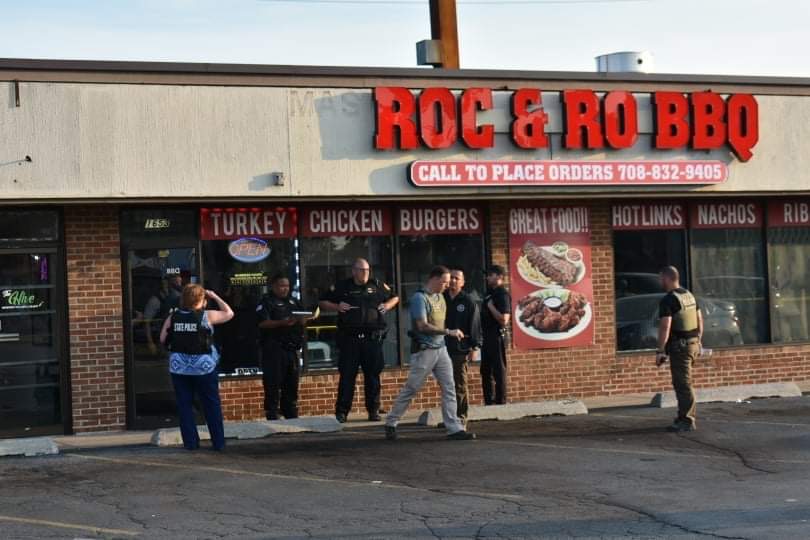 The incident occurred on July 27, 2021, at approximately 3:15 p.m. in the 1600 block of Sibley Boulevard, Calumet City, IL.  Preliminary investigative details indicate a team of GLRFTF officers entered a business and attempted to locate and apprehend a man wanted on multiple arrest warrants.  The officers were encountered by a male who was armed with a pistol.   The male pointed the pistol at the officers multiple times before two officers fired their weapons, striking the male multiple times. The male, later identified as Losardo Lucas, a 55-year-old male from Calumet City, was transported to an area hospital where he was pronounced deceased.  One officer was transported to local area hospital  as a precautionary measure.  Lucas’s firearm was recovered at the scene, as well as a second firearm which he had concealed on his person with additional rounds of ammunition.