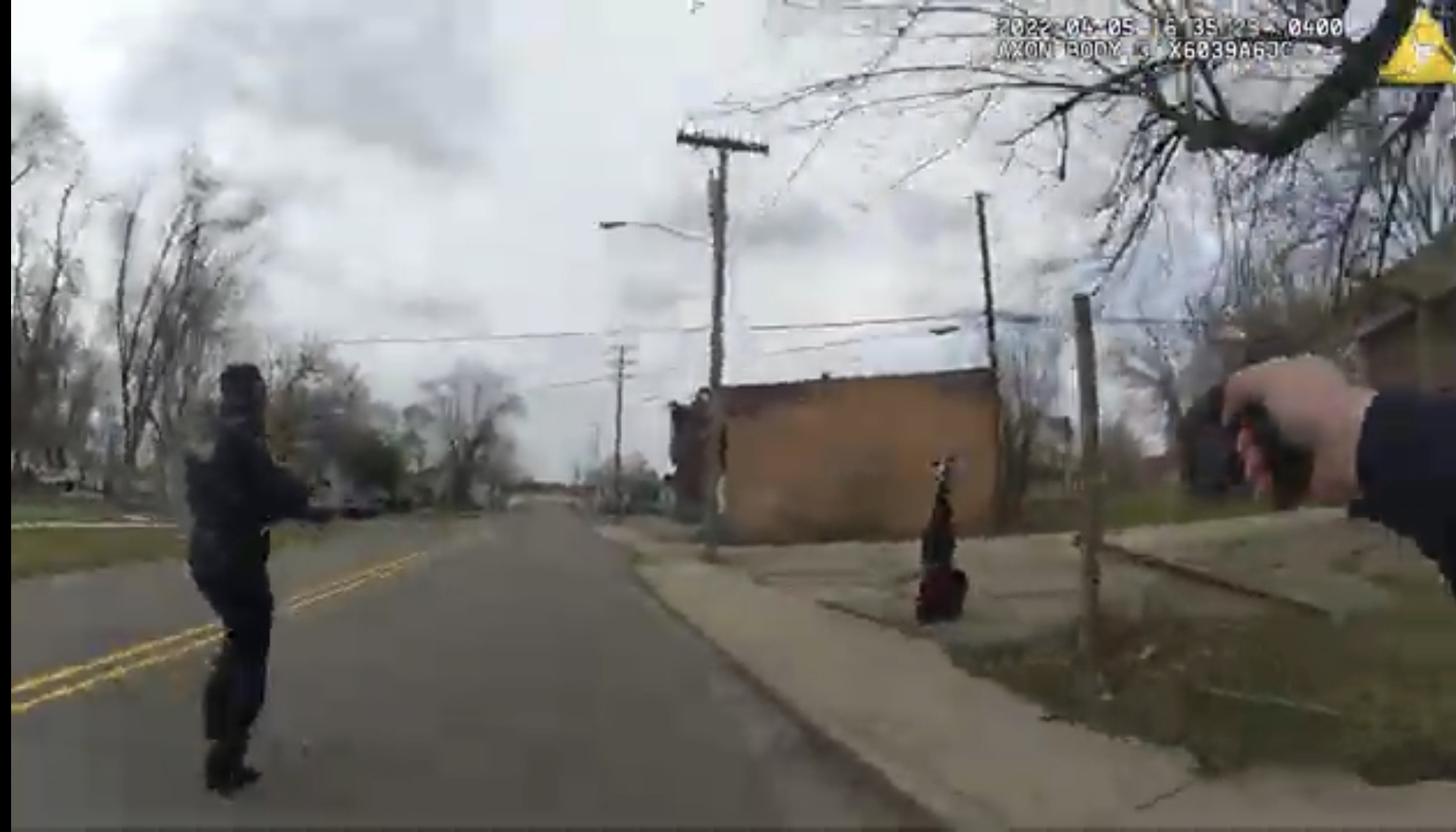 On April 5th, 2022, the Michigan City Police Department was dispatched to the 1000 Block of West 9th Street by the LaPorte County Regional Dispatch Center for a suspicious vehicle chasing 2 males on foot with one subject possibly having a weapon, according to Sgt. Steve Forker.

Officers responded to the area and located a subject who matched the clothing description given by dispatch. An investigative stop was conducted on a 26-year-old male Michigan City resident. Through the course of this investigative stop, Officers were unable to confirm the identity of the 26-year-old male initially who gave varying names, Forker stated. As Officers attempted to place the male into custody, the male fled on foot running from police. Officers pursued the male and deployed a taser to assist in the apprehension of the male who was resisting arrest.

As a result of being tased, the male fell to the ground and sustained injuries to his facial area. Officers took the male into custody and contacted LaPorte County EMS to assist with the injuries. The male was transported to Franciscan Hospital in Michigan City by LaPorte County EMS so he could receive medical treatment. Due to the injuries sustained from the fall, the male was released from police custody to receive medical care.

“Due to the non-factual accounts being reported and shared on social media, Police Chief Dion Campbell initiated a meeting at the Michigan City Police department on Wednesday, April 6th, 2022,” Forker said. The purpose of the meeting, led by Assistant Chief Jillian Ashley, was to operate in full transparency by allowing immediate Family members, Michigan City Mayor Duane Parry, a representative of the Michigan City Common Council, the president of the Northwest Indiana Ministerial Alliance, and the LaPorte County NAACP (unavailable to attend) to review the bodycam footage of the incident that transpired on April 5th, 2022.

After reviewing the incident and understanding the facts of the body camera, Chief Dion Campbell is fully supporting the actions of the officers, stating, that they acted in accordance to the law and with professionalism.

This case investigation has been forwarded to the LaPorte County Prosecutors Office for review and the request for a warrant. Preliminary charges against the 26-year-old male are False Identity Statement A-Misdemeanor, Resisting Law Enforcement A-Misdemeanor, and Carrying a Firearm without a Permit A-Misdemeanor. Mr. Kelly has two active Failure to Appear warrants on criminal misdemeanor offenses.