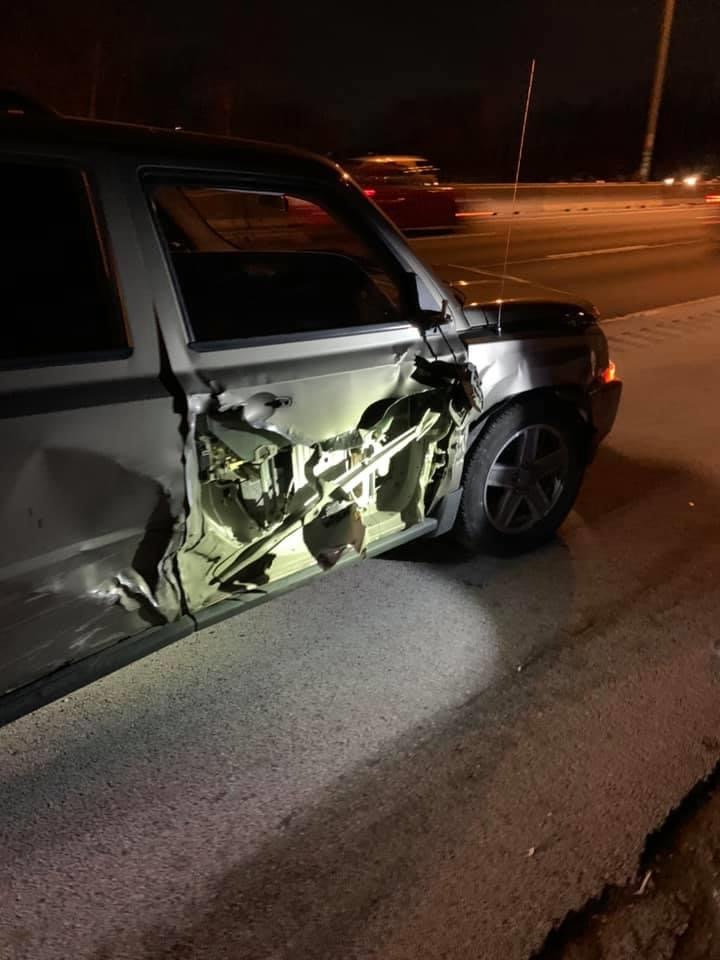 A tow truck out of Calumet City was recovering a disabled vehicle on the side of I-94 (Bishop Ford) near the 130th Street exit Saturday around 10:41pm when the tow truck was struck by an SUV. The SUV (pictured) who was traveling in the right line was stuck by a third vehicle traveling in the center line forcing the SUV into the tow truck. The driver in the center line that caused the crash fled the scene according to the Illinois State Police. The SUV driver forced into the tow truck was cited for Scott’s Law.

Region News reminds drivers, upon approaching an emergency vehicle, including a tow truck, that is stopped on a highway with its emergency lights activated, the driver of a vehicle traveling on the same side of the highway shall slow down and proceed with caution and move to a non-adjacent lane if it is safe to do so.