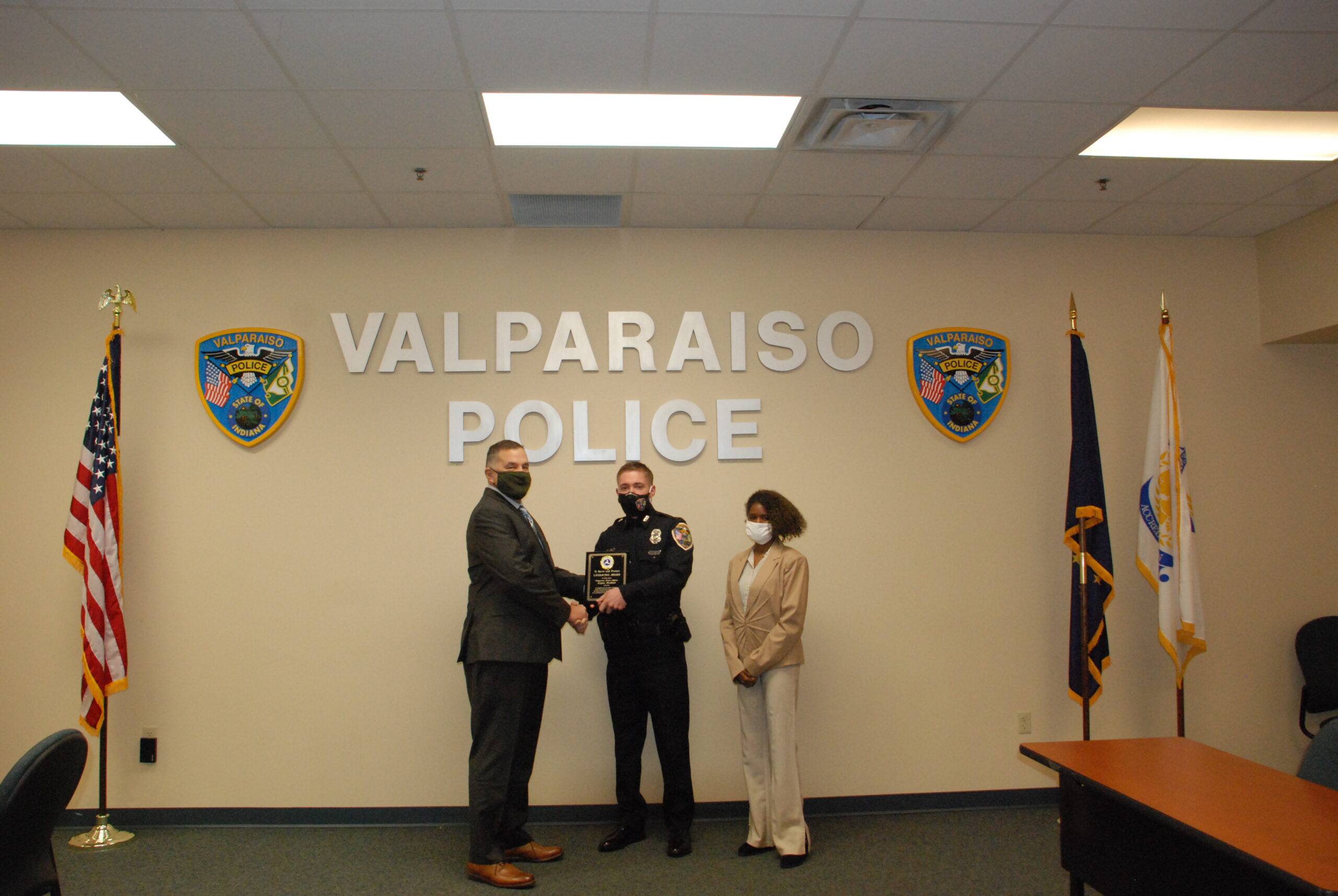 On October 21, 2020 Patrolman Logan Redmon received a “Lifesaving Award” from the Federal Railroad Administration for his actions on August 3, 2020. On this date, Patrol- man Redmon was dispatched to the area of Nickel Plate Ave. and Axe Ave. due to the report of a vehicle being stuck on the railroad tracks. Upon his arrival, he observed the vehicle 300 meters west of the crossing and noted it was still occupied. Ptrl. Redmon further noted that an eastbound train was approaching the vehicle., as the train horn was sounding. Ptrl. Redmon took action, assisting the driver from the vehicle and away from the tracks as the train approached. The driver and Ptrl. Redmon were able to get a safe distance from the vehicle and tracks, prior to the train striking the vehicle. The driver was later arrested on multiple charges of operating while intoxicated ; however, was uninjured and safe due to the actions of Patrolman Redmon. This award was bestowed upon Patrol Redmon for his heroic actions and presented by Federal Railroad Administration Grade Crossing Specialist, Dale Davidson and attended by Indiana Operation Life Save Coordinator, Jessica Feder.