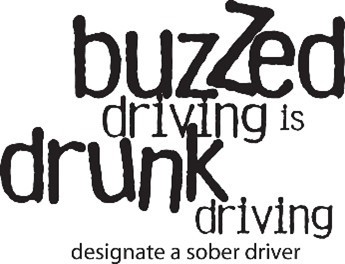 Thanksgiving is normally one of the busiest travel times of the year. While the pandemic may have impacted plans with family this year, the Indiana State Police are reminding motorists who do use the road to buckle up and drive sober this holiday season.  “Due to the pandemic, we anticipate fewer vehicles on the road, but precautions still need to be taken, like wearing a seat belt and designating a sober driver,” said Lt. Terry Gose, Indiana State Police Lowell Post Commander.  “Let’s work together to make sure everyone gets to their planned destination safely.”

Many traffic deaths and injuries could be prevented by wearing a seat belt. According to the National Highway Traffic Safety Administration (NHTSA), from 1975 to 2017, seat belts have saved an estimated 374,196 lives. While Indiana’s seat belt usage rate is above 90 percent, more than half of the people who were killed in motor vehicle crashes last year were not buckled up.  Drinking and driving is also deadly and completely preventable. Every day, almost 30 people in the U.S. die in drunk driving crashes, NHTSA data shows. That’s approximately one person every 50 minutes.

In Indiana, there were 106 people killed in alcohol-impaired collisions in 2019, representing 13 percent of the state’s traffic fatalities.  “In a year when miles traveled are down, traffic fatalities are up 9 percent from this time last year,” said Rob Duckworth, Indiana Criminal Justice Institute Traffic Safety Director. “Slower speeds and wearing seat belts are two of the best ways to prevent further fatalities, along with driving sober.”

Further, vehicle crashes continue to be a leading cause of death for kids between the ages of 8 and 15. For families with children, it’s important to have a properly installed child safety seat or booster seat for each child. Parents can visit www.childseat.in.gov for a list of locations and a toll-free phone number to speak with experts about the proper installation of child safety seats.