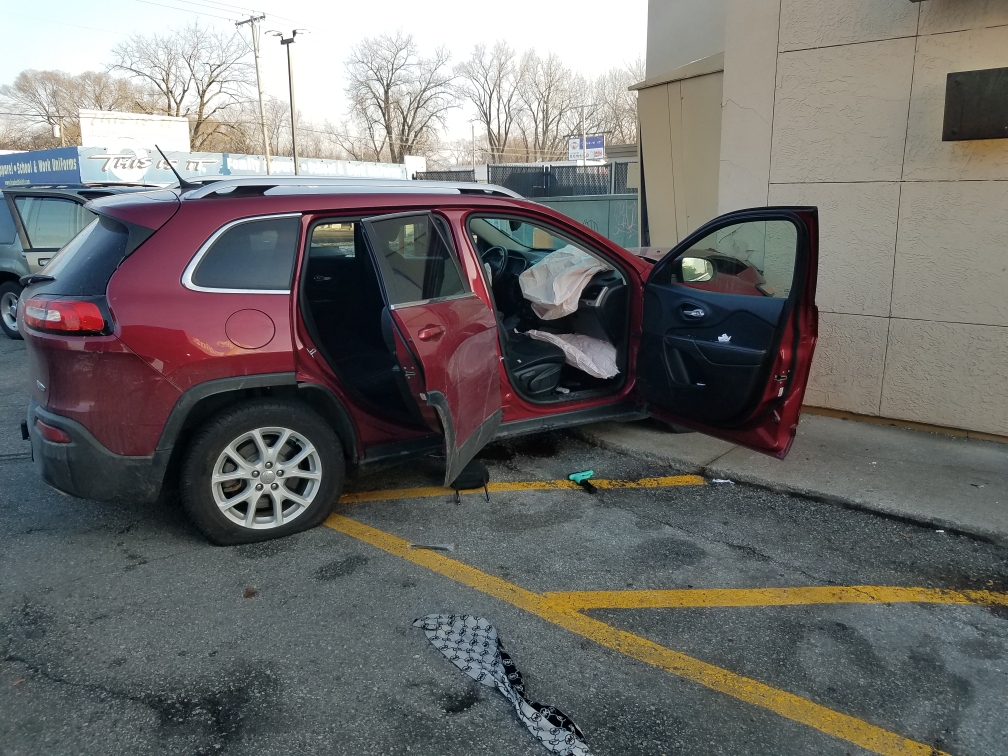 A Red Jeep that was reported stolen was involved in a police pursuit shortly after 8am Tuesday in Gary that is believed to be involved in the carjacking and homicide of 44-year-old, Victor Diaz Jr of Gary. Commander Jack Hamady of the Gary Police Department told Region News the vehicle fled from Gary Police at 15th & Burr to where it crashed into the Pilot Truck Stop on 25th & Burr St. Six juveniles were apprehended after the crash by Gary Police & Lake County Sheriff Officers. No shots were fired during the incident. Police impounded the vehicle and recovered one weapon, Hamady stated. Authorities are handling this situation as the vehicle possibly involved in the homicide. Currently Police are interviewing all six juveniles that were in the stolen vehicle and will have more information at a later time as this investigation is currently ongoing as of 2pm Tuesday.