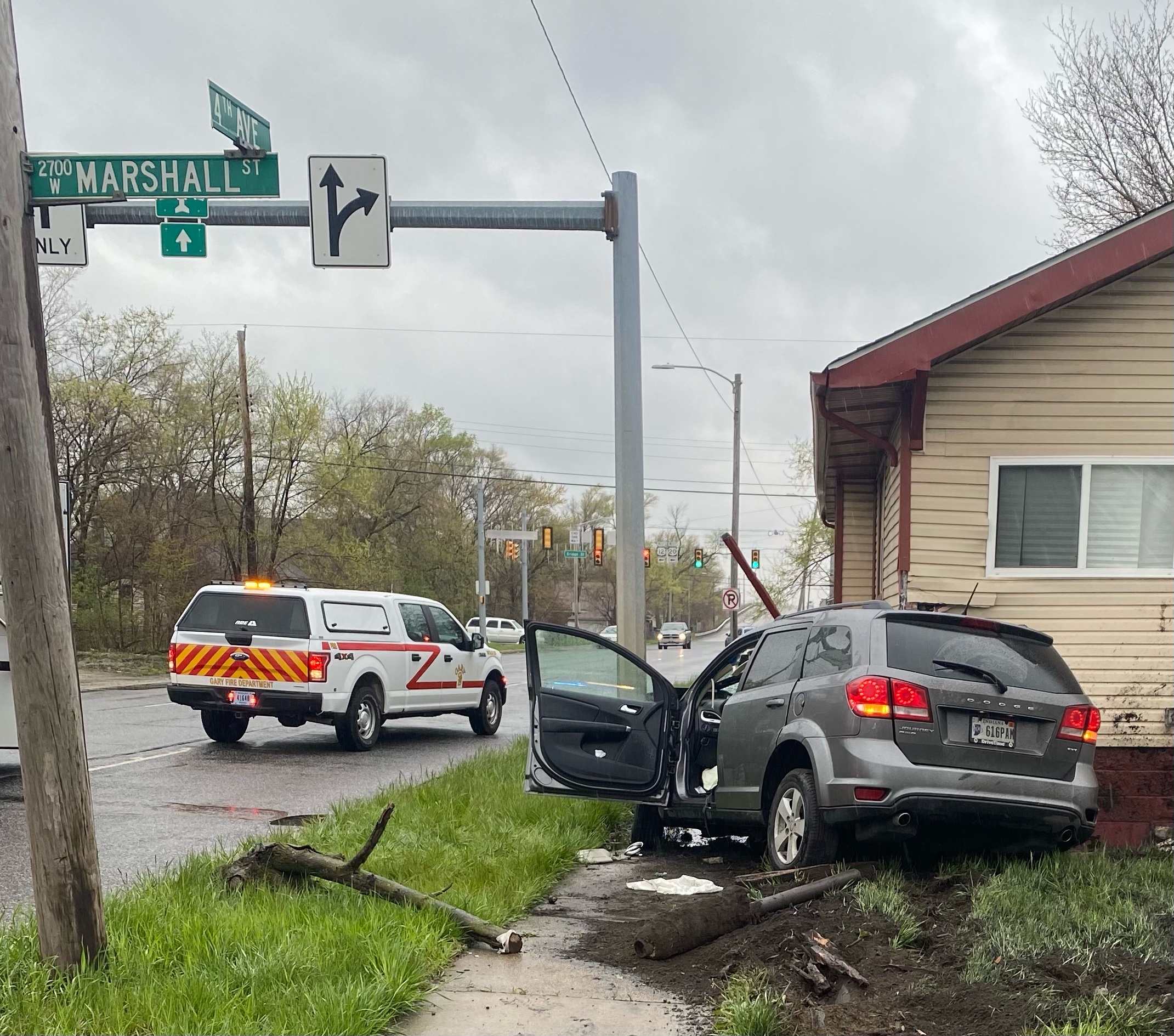 Gary Police & Fire responded to a single vehicle crash Monday around 2:30 PM on the corner of 4th Ave & Marshall Street, according to Commander Jack Hamady of The Gary Police.

A 2012 Dodge Journey was traveling West on 4th Ave and lost control while changing lanes. The Journey left the roadway at a high rate of speed striking an occupied residence on the northwest corner, Hamady told RNS. The vehicle was only occupied by the driver.

The driver was transported to a local hospital but later succumbed to his injuries. The Lake County Coroner has not identified the driver. None of the residents were injured in the home.