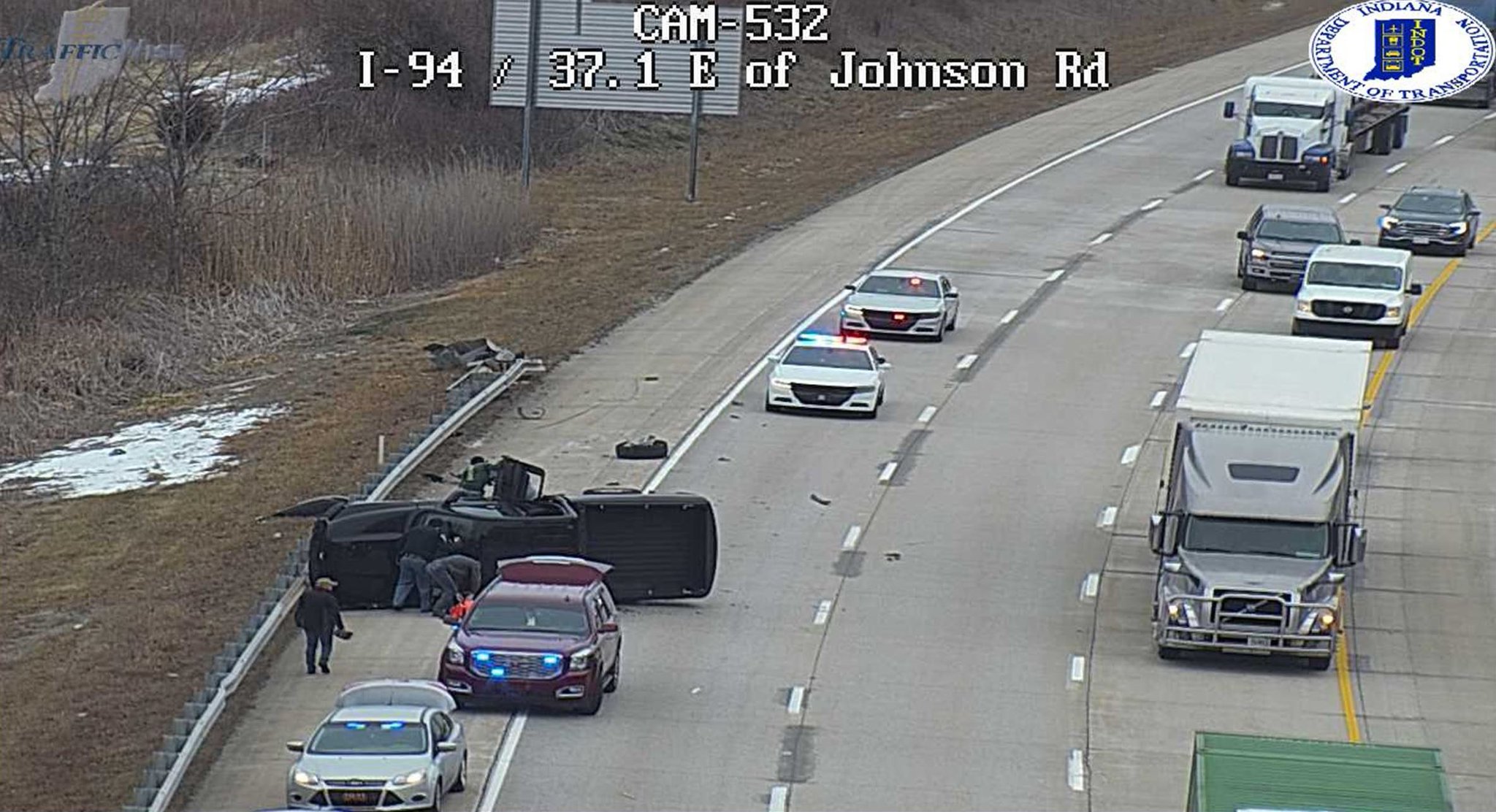 Monday morning at 11:00 a.m., troopers responded to a single vehicle crash on I-94 westbound at the 37.3 mile-marker, according to Sgt. Glen Fifield of The Indiana State Police.

Preliminary investigation by Master Trooper Brandon Lankford revealed that a black 2012 Dodge Ram 1500 pickup was in the right lane when the driver suffered a medical event.  The driver lost control of the vehicle resulting in it changing lanes.  The passenger in the vehicle attempted to gain control of the truck, however it struck the outer guardrail and rolled over onto its driver’s side.  The passenger was transported to Franciscan Health Hospital in Michigan City with non-life-threatening injuries.  The driver was declared deceased at the scene by the LaPorte County Coroner’s Office.  The right two lanes of I-94 at this location were closed for approximately one hour for scene investigation and vehicle removal.

The deceased has been identified as Adam L. Braun, 43, from Lake Station, IN.