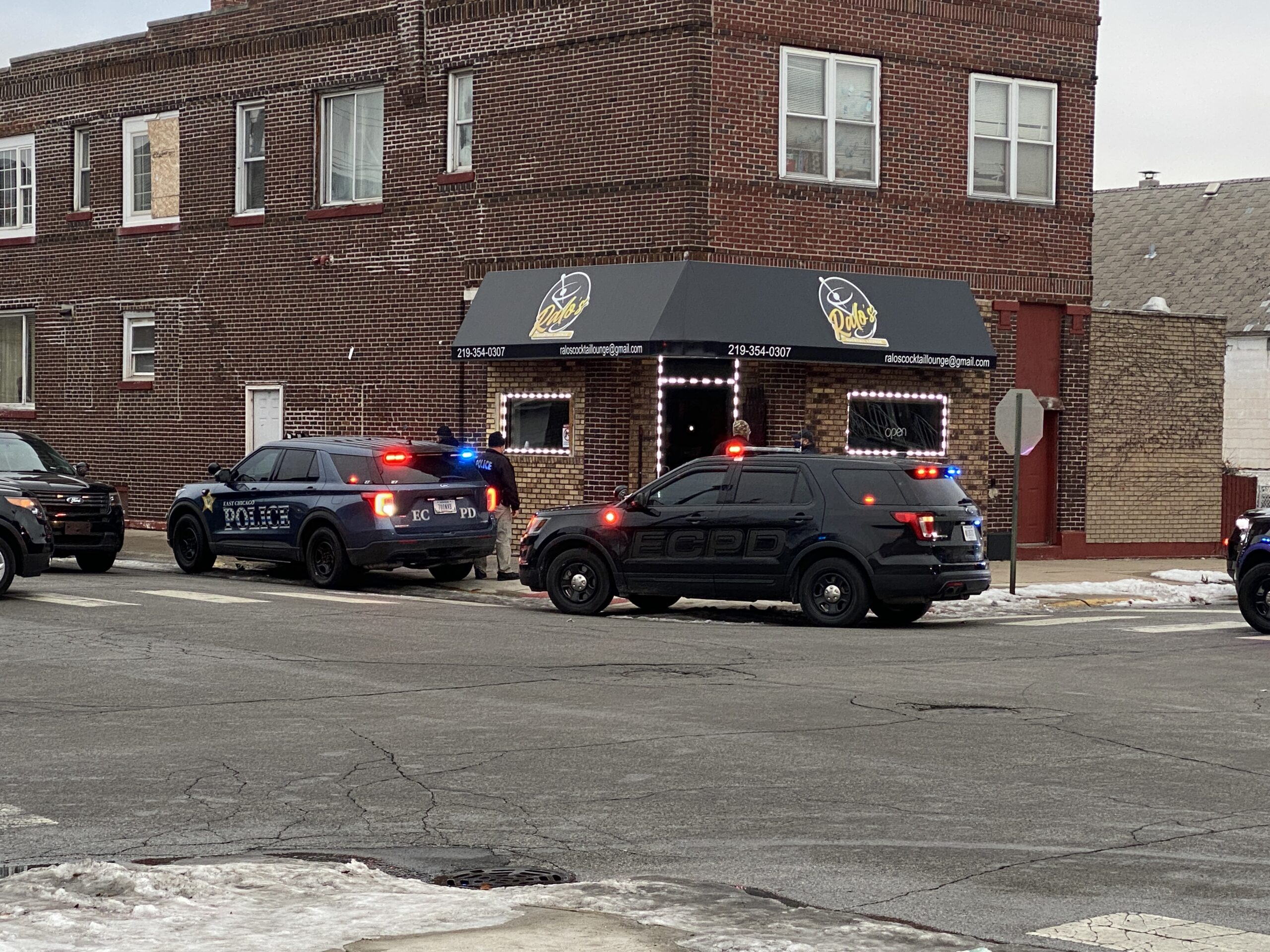 On Christmas morning, 12/25/2021 at approximately 1:46 AM East Chicago Police were dispatched to the area of 140TH and Alder Street in reference to shots fired, according to Deputy Chief Jose Rivera. ShotSpotter indicated that four rounds were fired in the area. Upon arrival Officers located an unresponsive male lying face down on the sidewalk in front of Ralo’s Bar, which is located at 3948 Alder Street.

The male appeared to have suffered a gunshot wound to the head. Medics arrived on scene shortly after and pronounced him deceased. The victim was identified as 32 year old Eric R. Douglas of East Chicago.

When Detectives arrived on scene they attempted to speak to potential witnesses inside the bar, but the door was locked. Detectives knocked on the door, but were unable to make contact with anyone inside due to the patrons and staff inside refusing to come to the door. The East Chicago Criminal Investigation Division has been working diligently on this case, Rivera stated. During this investigation they’ve been in contact with the Lake County Prosecutors Office and Attorney Lonnie Randolph Jr. who represents Dwayne Rancifer who is the legal owner of Ralo’s Bar.

On January 4, 2022 Attorney Randolph sent the Lake County Prosecutor’s Office a partial video of the homicide that took place on 12/25/21. The video captures the homicide and places the murder suspect and victim inside Ralo’s Bar seconds prior to the homicide taking place. After viewing the video The Criminal Investigation Division requested the entire video in order to get a time line of the incident and to identify all potential witnesses and suspect(s).

The Lake County Prosecutor’s Office was advised through the bar owner’s attorney that the full video would be released by end of business day Thursday January 6th. When the Criminal Investigation Division did not receive the video, a State of Indiana Search Warrant was executed at Ralo’s Bar in order to retrieve all video footage from the hard drive of the video surveillance system. The Criminal Investigation Division was able to retrieve the DVR and other electronic evidence from the bar during the execution of the search warrant. The surveillance system was sent to a forensic lab in order to retrieve any and all data stored in it on the day of the murder.

Police are looking to identify everyone in this video. If you are in this video or you know anyone in the video please contact Detective Daniel Ponce (dponce@eastchicago.com ) at 219-391-8318. If you wish to remain anonymous you can contact our anonymous tip line at 219-391-8500.