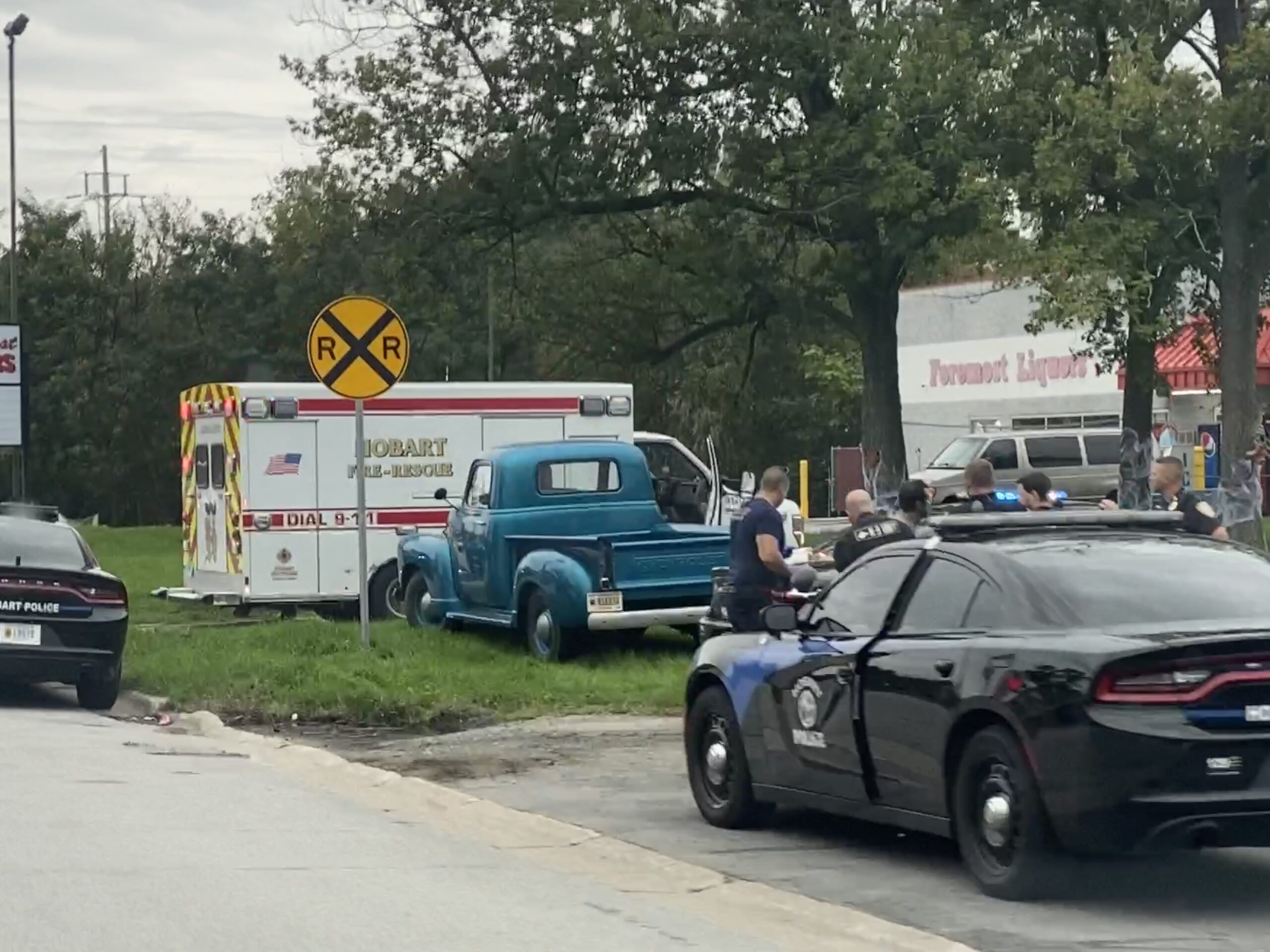 On Wednesday, October 13, 2021 at approximately 1:50 PM , a Hobart Police Officer was working a seatbelt grant and was monitoring traffic in the area of Ridge Road and Wilson Street in Hobart, according to Captain James Gonzales. The Officer noticed a vehicle traveling at high rate of speed and also noticed the driver wasn’t wearing his seatbelt.
The Officer activated his emergency lights and siren and attempted to stop the vehicle, but the driver ignored the emergency lights and siren and refused to stop.

The Officer followed behind the vehicle and the driver subsequently crashed into a fence at 515 North Wisconsin Street and he fled from the vehicle on foot along with a female passenger.

The officer called for assistance to attempt to apprehend the driver and passenger of the vehicle. The driver was apprehended a short time later by a Hobart Officer and his K-9 partner Hatchet, Gonzales stated. The passenger was also apprehended a short time later by assisting Officers. The driver of the vehicle was treated on scene for minor injuries from the K-9 apprehension by Hobart Fire Department medics and released to the Officers on scene.

The passenger of the vehicle, a 50 year old female from Hobart is being charged with Misdemeanor Resisting Law Enforcement.

They are both currently are being held at the Hobart City Jail and will be transported to Lake County.