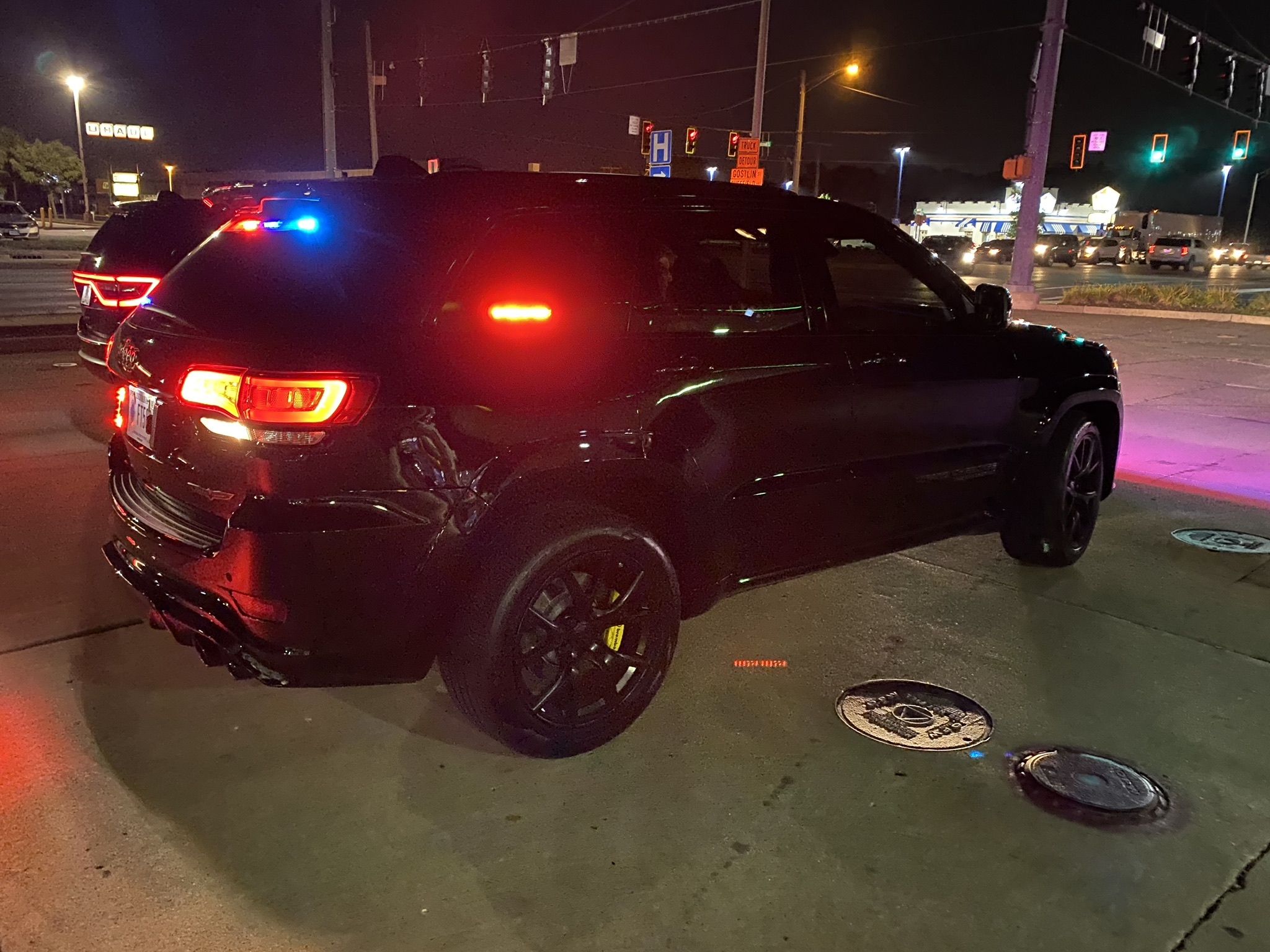 At approximately 11:24 AM a Lake County police officer observed the driver of a black SUV talking on a cell phone with his seatbelt unfastened.  The officer attempted to conduct a traffic stop near 24th and Grant St. in Gary.

When the officer approached the car and began speaking with the driver, he noticed the smell of marijuana coming from the vehicle.  The suspect admitting to having smoked wrapped marijuana cigarettes, which he pulled from the ash tray of the SUV.  The driver told the officer he had no identification.

The officer asked the driver to step out of the vehicle, but the driver shifted the SUV into drive and accelerated, fleeing westbound on 24thAvenue.  The officer initiated a pursuit and observed a grey backpack being tossed from the SUV near 23rd Avenue.

The SUV eventually headed westbound on I-80/94, where officers attempted a maneuver to stop the SUV safely, but the driver swerved at police patrol vehicles to continue to try to get away, Martinez said.

The SUV continued onto the Bishop Ford Freeway heading toward Chicago.  Several police vehicles surrounded the SUV, boxing it in, and forced the driver to stop near the 130th Street exit.

The driver is identified as a 27-year-old male from Chicago.  He was placed in custody and was taken to a holding facility in Illinois pending extradition.  Investigators learned that at the time of his arrest, he had a pending felony drug case on his record.  He now faces multiple charges including felony resisting, dealing marijuana and unlawful possession of a firearm.

Officers recovered a loaded firearm commonly known as a “ghost gun” with no serial numbers and some suspected marijuana from the SUV.  An Indiana State Police officer retrieved the backpack that had been thrown out of the SUV during the pursuit.  Officers discovered suspected marijuana and edibles believed to be infused with controlled substances inside the bag.

A 29-year-old Hammond woman who was a passenger in the SUV was released.

“I am extremely proud of all of the officers who worked to bring this potentially hazardous situation to an end safely and without any injuries,” said Sheriff Oscar Martinez Jr.  “These officers showed dedication, skill, professionalism and a spirit of cooperation.  We will continue our aggressive efforts to bring dangerous offenders to justice,” Sheriff Martinez said.  “Over the past two years, I have intensified patrols near the Indiana/Illinois border and elsewhere in the county.  This special enforcement effort, cooperating and sharing intelligence with other police agencies, is working.  We’re taking criminals traveling through Lake County, as well as illegal drugs and guns off our streets,” the sheriff added. “To people who think they can commit a crime, travel through our county and think they can flee across state lines – think again.  We will pursue you.  We will arrest you and you will be prosecuted.”