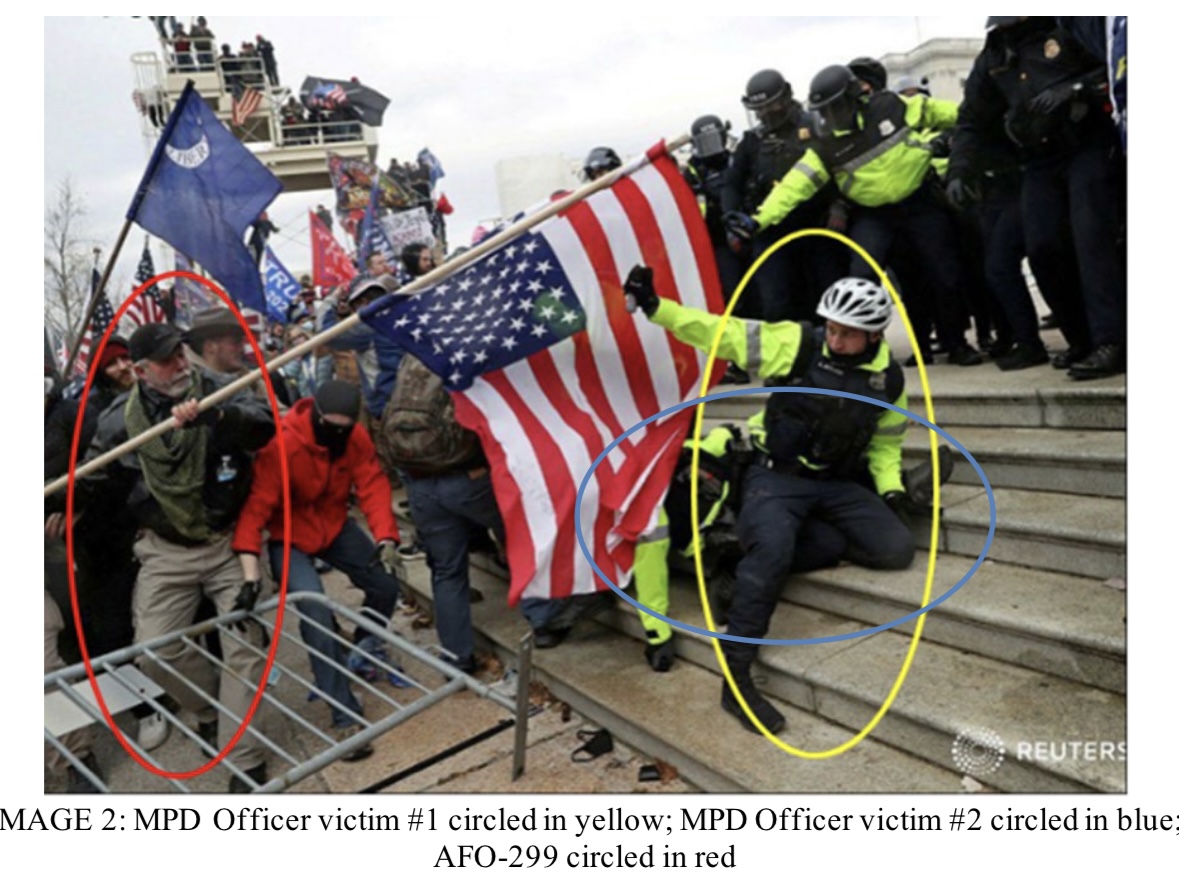 An Indiana man has been arrested on felony charges, including assaulting law enforcement officers with a dangerous weapon, for his actions during the breach of the U.S. Capitol on Jan. 6, 2021. His actions and the actions of others disrupted a joint session of the U.S. Congress convened to ascertain and count the electoral votes related to the presidential election.

Dale Huttle, 61, of Crown Point, Indiana, is charged in a criminal complaint filed in the District of Columbia with assaulting, resisting, or impeding officers with a dangerous weapon, interfering with law enforcement officers during a civil disorder, and related felony and misdemeanor offenses. He was arrested on Nov. 9, 2022, in Crown Point, Indiana. He was released pending further court proceedings in the District of Columbia.

According to court documents, on Jan. 6, 2021, Dale Huttle and his nephew illegally entered the Capitol grounds. Dale Huttle then engaged in at least two violent confrontations with law enforcement officers on the Lower West Terrace. Shortly after 2:05 p.m., as a mob of rioters began to forcefully remove bike rack barriers set up to secure the area, Dale Huttle approached the front of a crowd of rioters with a long wooden flagpole in hand. He wielded the flagpole at officers, striking at least two officers. Approximately 30 minutes later, he became involved in another altercation in which he appeared to grab an officer’s baton, as he yelled “Surrender!”

Matthew Huttle, meanwhile, made his way into the Capitol Building at approximately 2:58 p.m., entering through doors next to the Senate Wing. He is believed to have exited the building briefly before re-entering at about 3:06 p.m. and remaining inside for another 10 minutes.

In the 22 months since Jan. 6, 2021, nearly 900 individuals have been arrested in nearly all 50 states for crimes related to the breach of the U.S. Capitol, including over 275 individuals charged with assaulting or impeding law enforcement. The investigation remains ongoing.