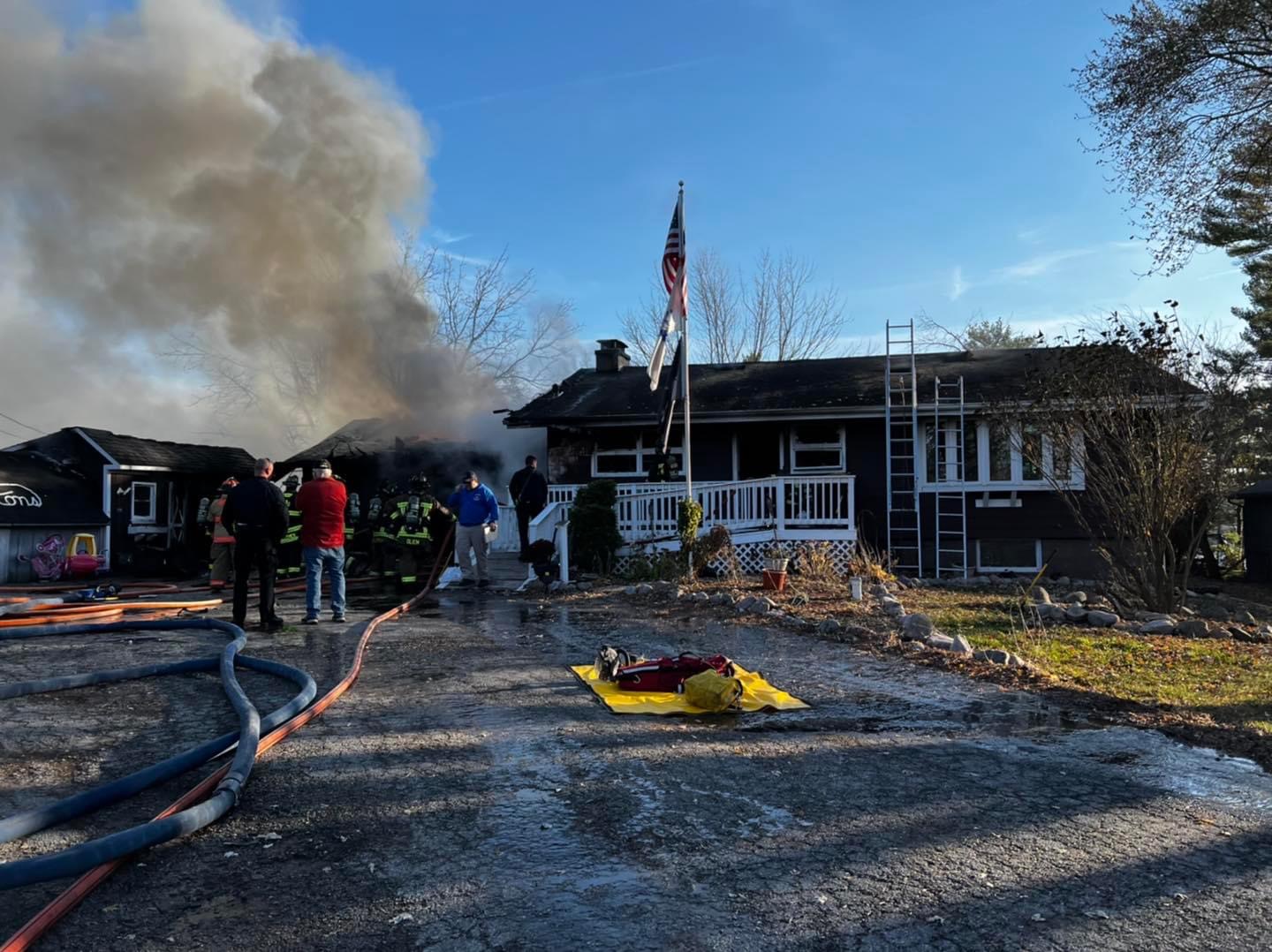 Officials reported no injuries and two cats were rescued from the home. The fire caused enough damages that the family was displaced. The cause of the fire is under investigation.