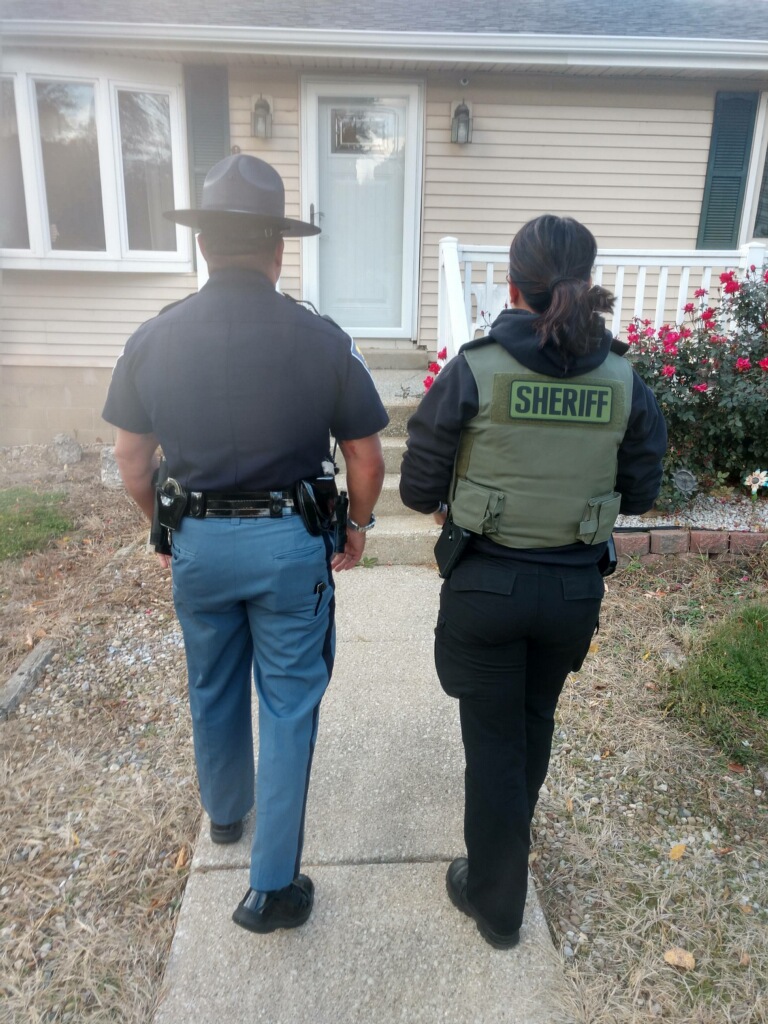 The La Porte County Sheriff’s Office has announced that in preparation of Halloween, Operation Scare and Beware was initiated, which was a County-wide compliance check of all Sexually Violent Predators and Offenders Against Children.  The operation was conducted on Thursday,  October 15 with deputies from the La Porte County Sheriff’s Office, investigators from the La Porte  and Michigan City Police, Michigan City Fugitive Apprehension Street Team (FAST), La Porte County Drug Task Force, Indiana State Police, Trail Creek Police, Indiana Department of Corrections Parole Agents and United States Marshals Service participating in the sex offender compliance check.  All one hundred four(104) of the classified and registered Sexually Violent Predators and Offenders Against Children were specifically targeted because of the upcoming trick-or-treat that will be taking place during Halloween.

Two (2) of the offenders were found to be non-compliant and investigations have been launched and arrest warrants will be sought for them for various offenses related to the Sex and Violent Offender Registry. Both of the non-complaint offenders have been previously classified a Sex Offenders.

La Porte County Sheriff John Boyd states:  “The La Porte County Sheriff’s Office does an excellent job of insuring that sex offenders reside where they have registered their home addresses so it is crucial that our citizens visit our website to learn who the registered sex offenders are in our community and where they live.”  Sheriff Boyd added:  “A unique feature to this OffenderWatch system is the ability to enter an address of a neighborhood that you plan on visiting, before heading out for trick-or-treating, and determining the addresses that you should avoid.  We urge the public to be proactive and utilize this free tool to help keep your children and family safer this Halloween season.”

During the compliance check, each offender was strongly encouraged not to participate in trick-or-treat.  It is hoped that each of the non-compliant offenders will be located and arrested prior to Halloween.