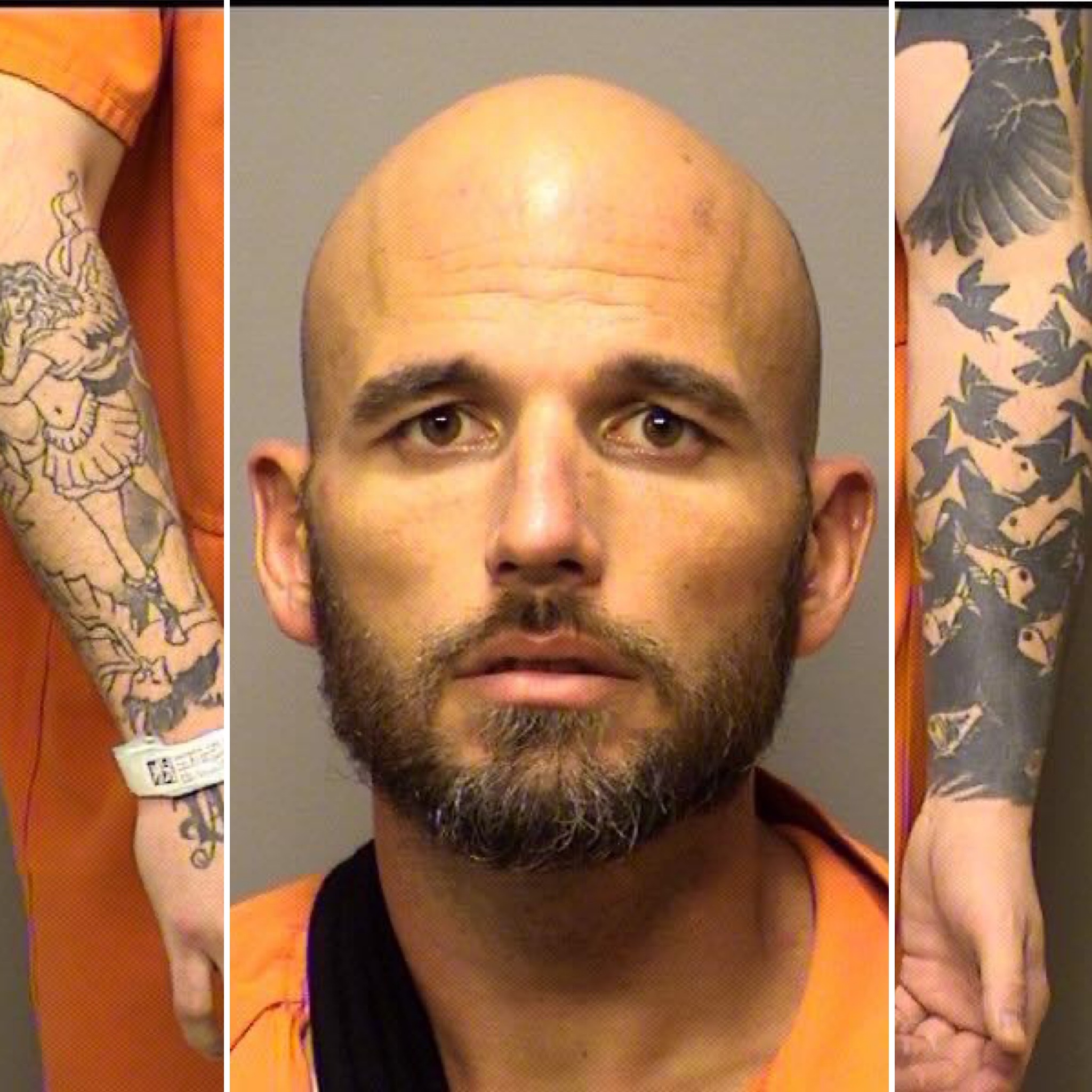 The Porter County Sheriff’s Office is seeking the assistance of the public in locating wanted subject John Grdinich.

John is approximately 6” / 240lbs…brown hair / brown eyes…has several tattoos on both arms as shown. John has a history of working construction jobs, and is believed to be in the company of his wife, Amanda Grdinich (McDowell), and the two should be in the company of a young female juvenile as well.