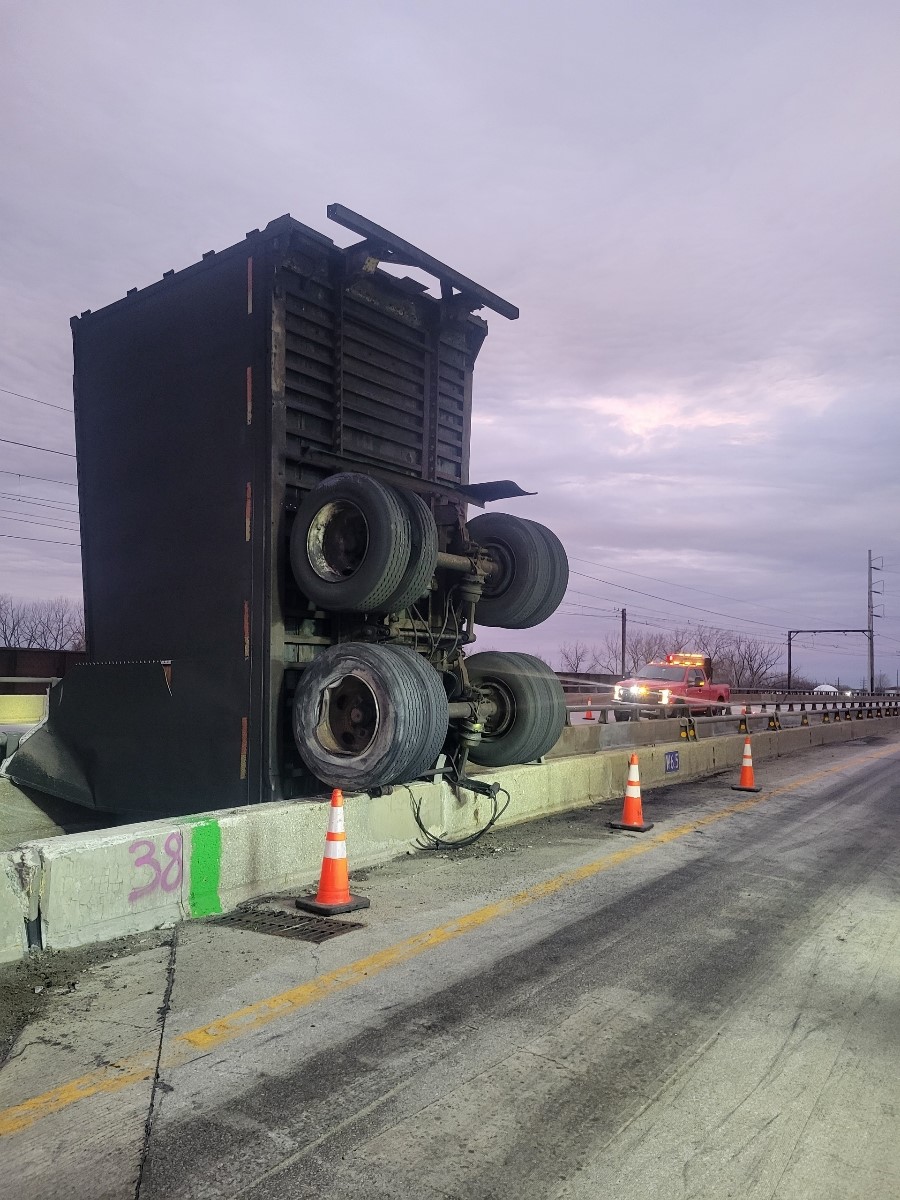 Friday morning at approximately 2:00 AM, a single vehicle crash occurred on I-90 (Indiana Toll Road) at the 6.5 mile-marker which is approximately 2 miles east of Calumet Ave. The crash involved a single vehicle, a semi pulling an empty trailer, which closed all the lanes of travel, according to Indiana State Police.

Preliminary investigation by Indiana State Trooper Lecil Martin shows that a UPS tractor pulling an empty trailer driven by Marc A. Rupert Sr., 32, from Lansing, IL, was traveling westbound in the left lane. The vehicle left the lane striking the center median wall where it went over the wall, falling off the bridge and landing in the Calumet River. The trailer remained perpendicular, hanging off the bridge in between the east and westbound lanes. As a result of the crash, the truck/trailer caught on fire.

Fearing the driver was in the river and possibly trapped in the cab, Hammond Fire and SCUBA were immediately contacted. However, the driver was soon found clinging to a bridge support where he was rescued and transported to St. Catherine’s Hospital for treatment of non-life-threatening injuries.

WAFFCO Towing and Recovery was contacted for vehicle removal and with the assistance of Stevenson Crane, have been able to remove the truck and trailer from the water and bridge. The exact cause of this crash remains under investigation.