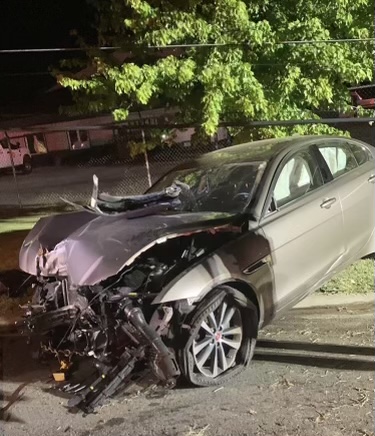 ​On Thursday, June 23, 2022 at approximately 12:26 AM, Griffith Officers became aware of a vehicle that Highland Police Department Officers were attempting to stop, according to Griffith Police. The vehicle in question was allegedly driving recklessly.

​The suspect vehicle continued for more than 1.5 miles on deflated tires and lost control at the intersection of Main St and Colfax, striking a utility pole.  The suspect suffered minor injuries. A power outage in the area was being reported by residents due to the crash.

​Identification of the suspect is pending the acceptance of criminal charges by the Lake County Prosecutor’s Office.