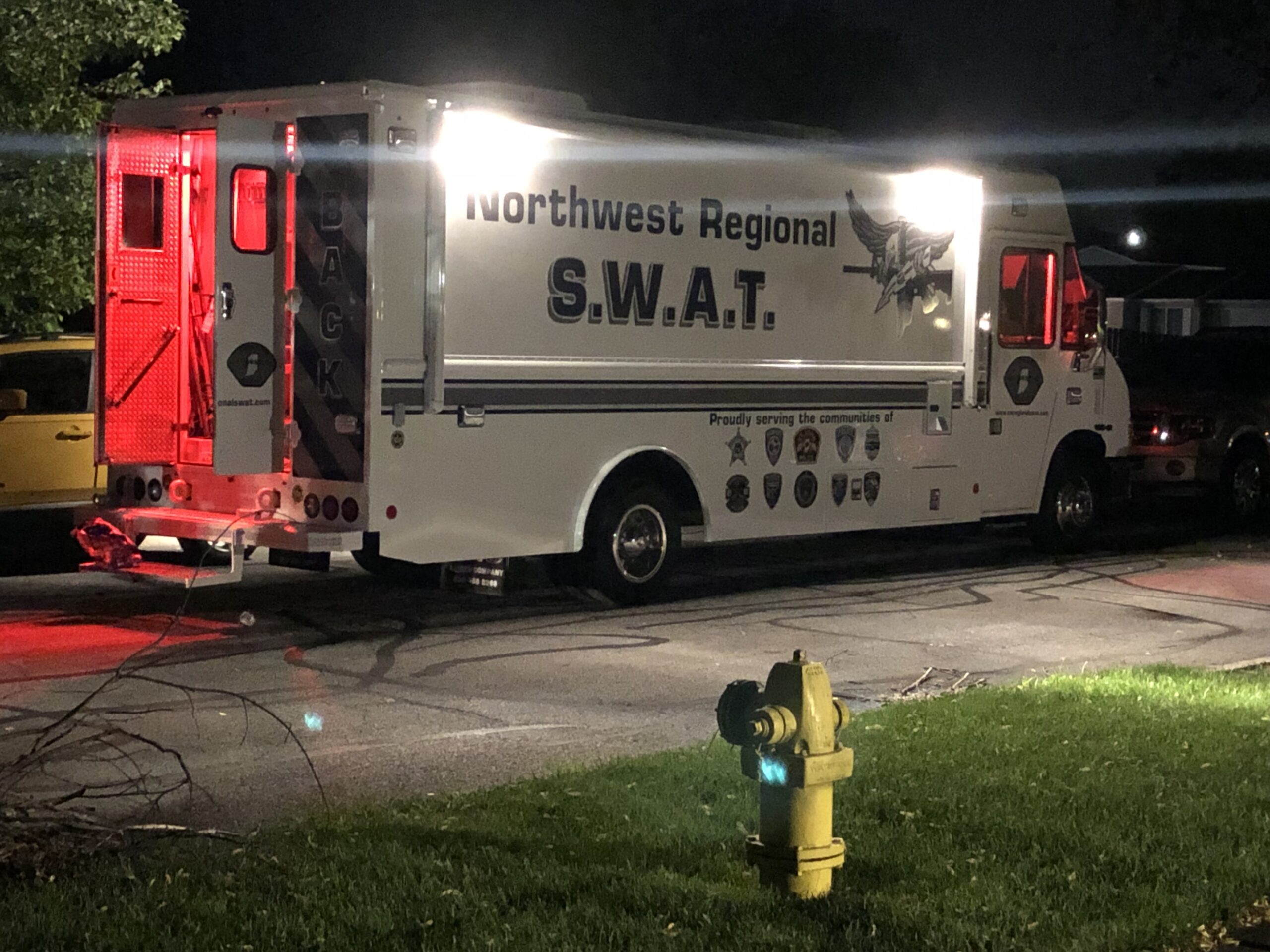 As a result of an on-going drug investigation being conducted by the members of the Hobart Police Department, on November 10, 2020 investigators were able to make a controlled buy of suspected methamphetamine from the suspect, James Ppool from his residence located at 4035 Missouri Street in Hobart, according to Captain James Gonzales of The Hobart Police Department.

On November 18, 2020 at approximately 6:30 AM, the Northwest Indiana Regional SWAT team and Hobart investigators executed the search warrant at Mr. Ppool’s residence, which resulted in the arrest of Mr. Ppool and six other individuals, who were also located inside of his residence. Investigators recovered several firearms, US currency and a 1-gallon clear Ziplock bag that contained suspected methamphetamine, which a subsequent field test of the substance confirmed the presence of methamphetamine.

Investigators were able also to determine that Mr. Ppool had been convicted of a felony for possession of cocaine with intent to sell/ manufacture in Pinellas County Florida.

Mr. Ppool is currently being held at the Lake County Jail and he has been charged with the following:
Dealing in Methamphetamine- Level 2 Felony

Charges are pending for the remaining 6 individuals who were also arrested.

Types of activities synonymous with drug activity may include:

-increased amounts of people continuously loitering or gathering inside the residence

-increased amounts of graffiti in or around the suspect house

-you may witness hand to hand drug transactions

-resident(s) of the home may display signs of being paranoid

If you see this type activity, please document the time of day, names of the individuals(if known), types of vehicles and license plate information (if available), please give this type of information when you report it to the Hobart Police Department.

If anyone notices any suspicious drug activity in their neighborhood, please contact Commander Nicholas Wardrip @nwardrip@cityofhobart.org or @ 219-942-4485. Anyone reporting the activity will remain anonymous.