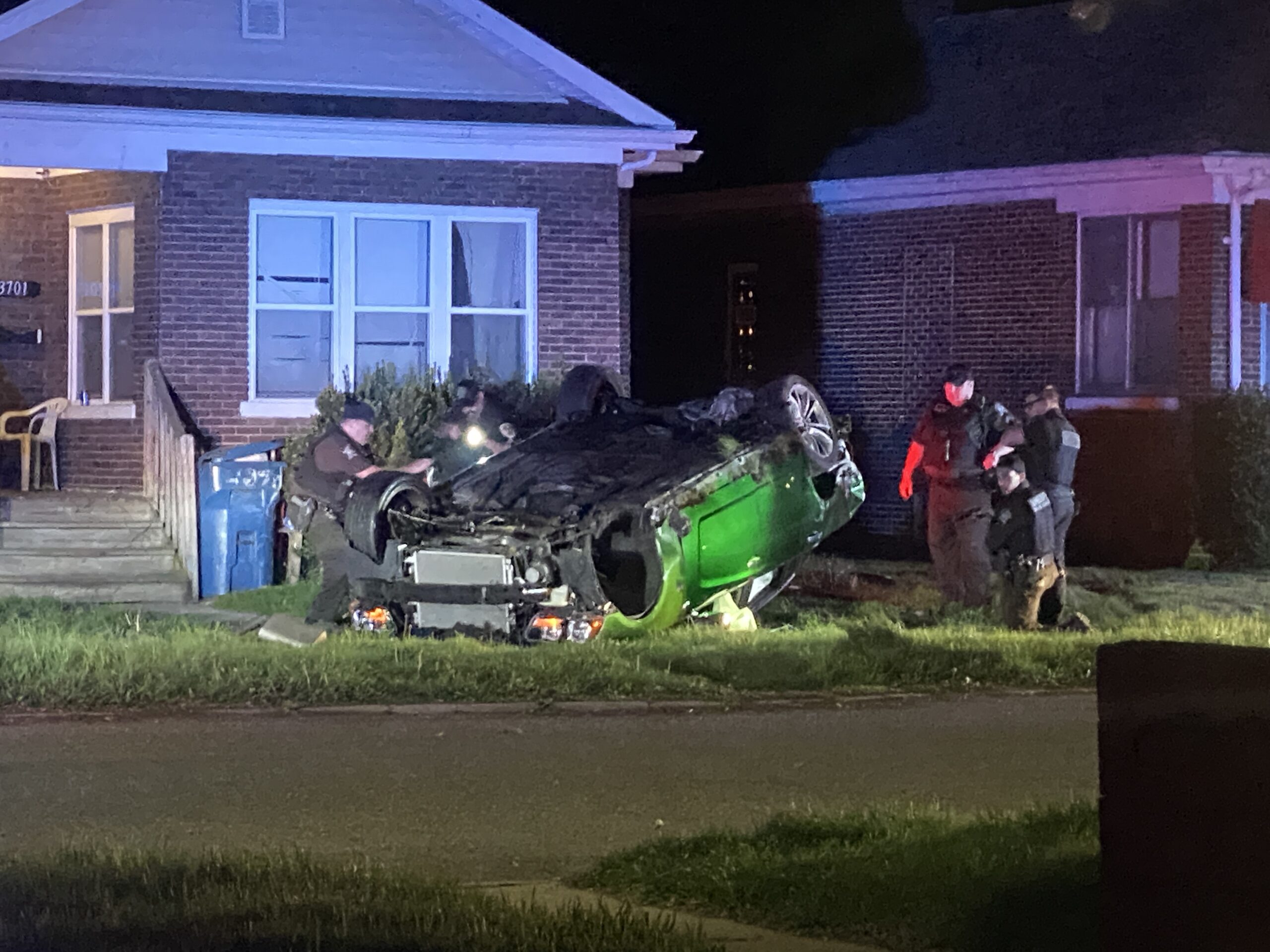 The officer attempted a traffic stop near 41st and Adams, but the driver fled heading south on Adams.  The Charger began to lose control near the 3800 block of Jackson, where it slammed into a parked vehicle, rolled over and hit porches, causing damage to two homes.

The vehicle came to a stop on its roof in front of a home in the 3700 block of Jackson Street.
The driver and a passenger were trapped inside the vehicle.  Officers and fire personnel were able to free both subjects.

Both occupants were transported to area hospitals. The driver was a 27-year-old male from Valparaiso and was medically cleared at the hospital and transported to the Lake County Jail.   Multiple criminal charges are pending.

The passenger is a 24-year-old female from Gary and she was last listed in stable condition. She will be cited for failure to wear a seatbelt.