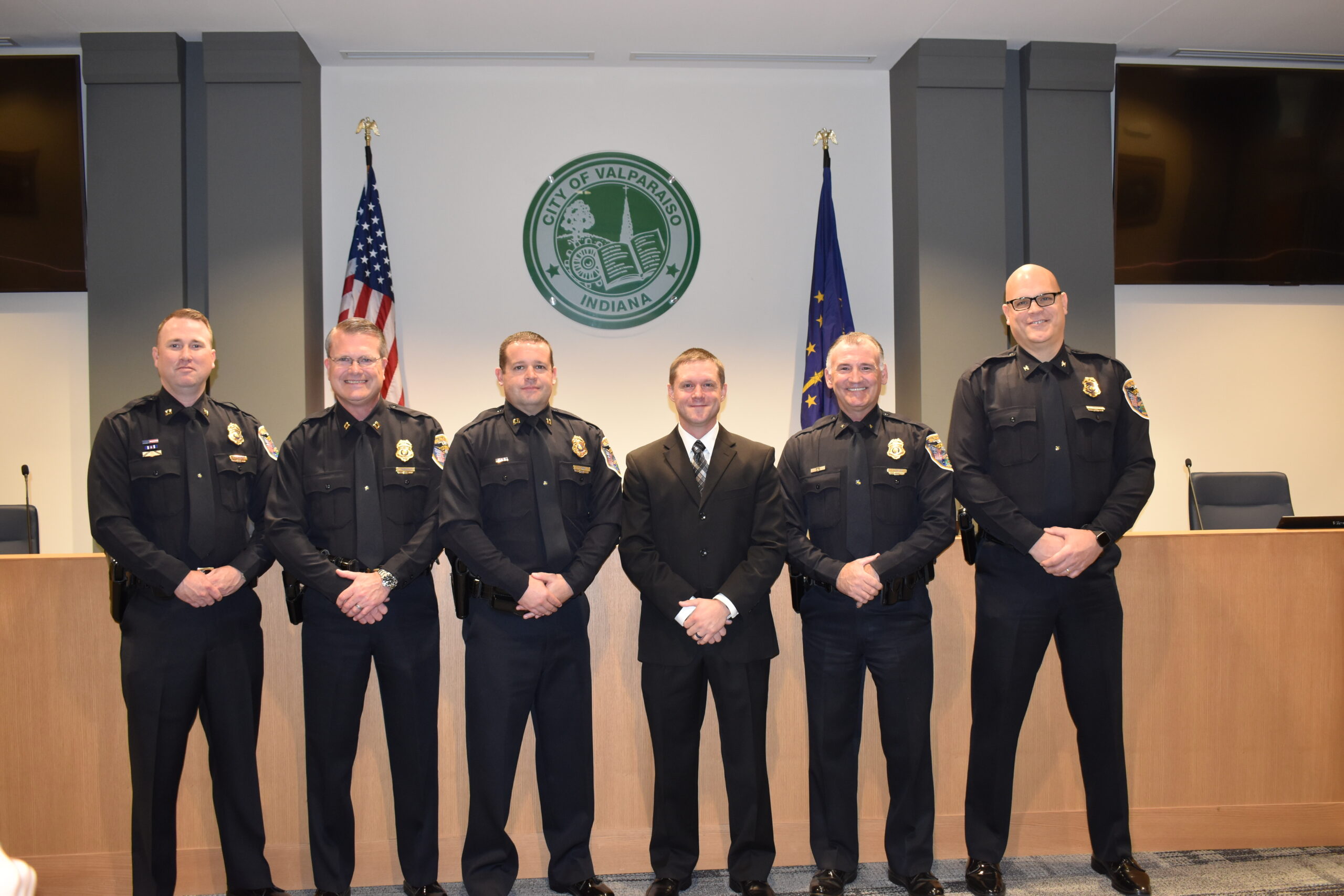 The Valparaiso Police Department has added a new officer with the swearing-in of Jonathan Hazen Friday. Valparaiso Mayor Matt Murphy performed the ceremony within the council chambers of City Hall. Police Chief Balon, with numerous officers and civilian staff, joined several of Jonathan’s family, who were in attendance to witness the event. During the event, Chief Balon welcomed Jonathan to the Valparaiso Police family and congratulated him on his appointment.

Jonathan is a 2001 graduate of Valparaiso High School and earned his Bachelor of Science degree from Purdue University in 2005, while majoring in Computer Graphics Technology. Jonathan further served in the United States Army, having attained the rank of Sergeant as a member of the 2nd Battalion, 75th Ranger Regiment. Jonathan arrives to the Valparaiso Police Department, after having worked for the Olympia, Washington Police Department from 2013-2021 and the Washington State Police from 2011-2013.
“Congratulations to Patrolman Jonathan Hazen and welcome back to the Valparaiso community.”