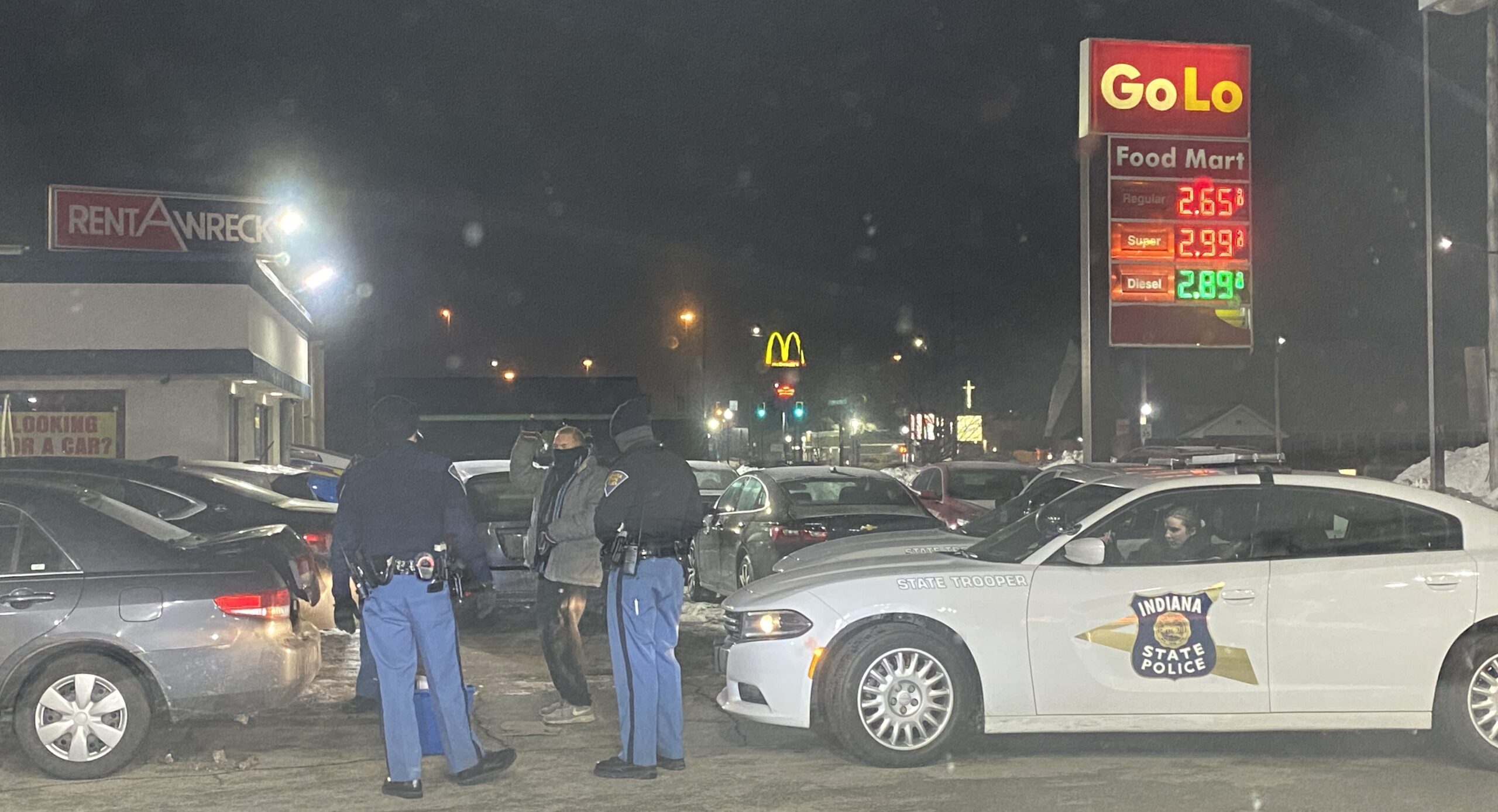 Around 7:55 PM Friday a vehicle traveling westbound on 80/94 near the Kennedy Ave exit located around mile marker 4 was struck by gunfire, according to Indiana State Police Corporal Eric Rot.

Preliminary investigation with the driver of a 2003 Honda Accord says he was traveling West when he unintentionally cut off a White Suburu switching lanes. The driver threw the peace sign up as an attempt to apologize when the Suburu shot at him. The Suburu continued West on 80/94, Rot told RNS. The Honda pulled off to gas station in Hammond where Indiana State Police took a report. The back window was shattered on the Honda along with a few other bullet holes on the drivers side and rear of the vehicle. There were no injuries reported.