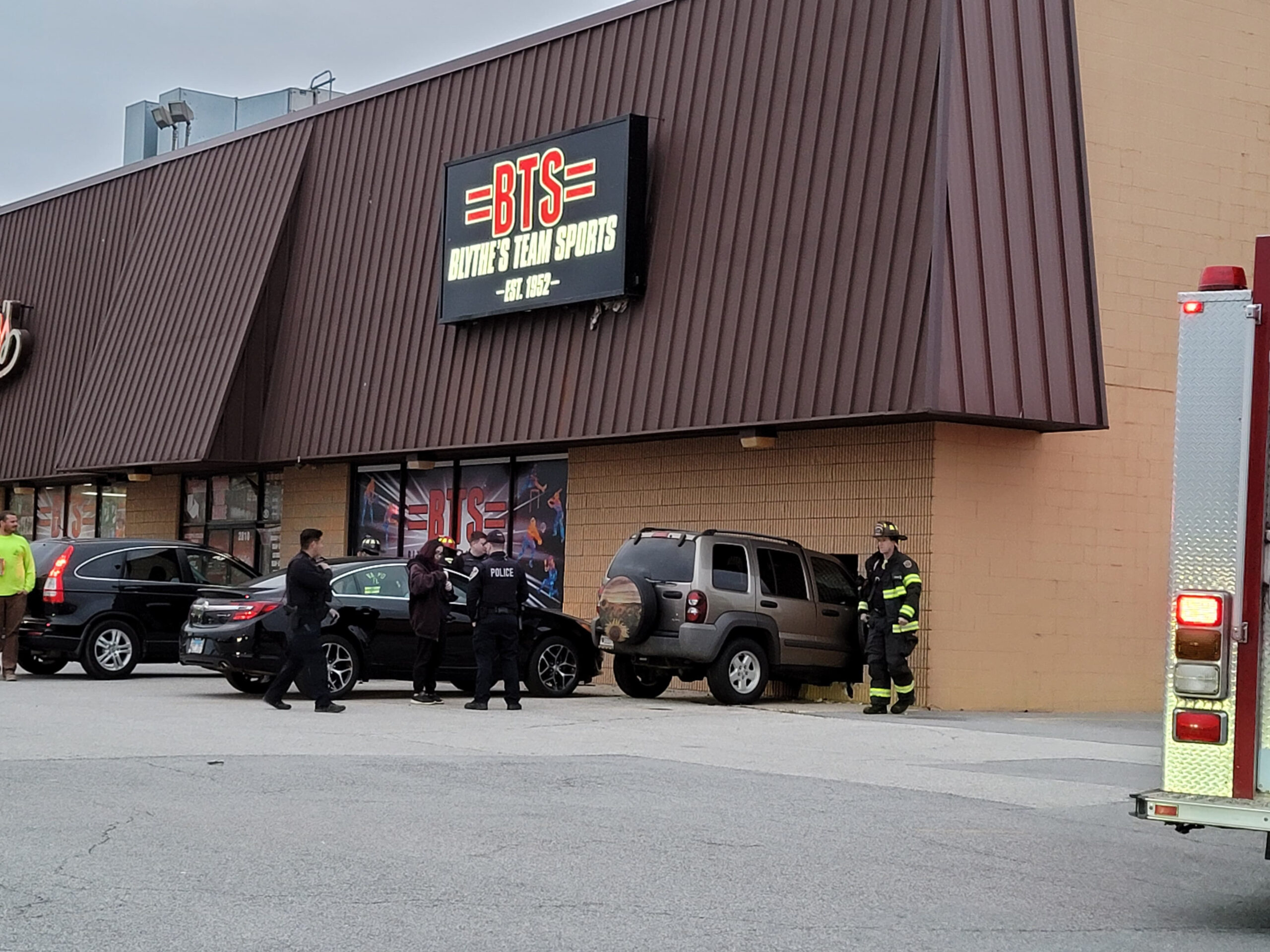 Shortly after 7:30PM Tuesday a SUV crashed into the brick wall of a business. The incident occurred at Blythe’s Team Sports located at 2810 Calumet Ave in Valparaiso.

There was no reported injuries and no signs of intoxication, Valparaiso Police said.

There are no reported injuries involved in the crash and no charges against the driver. The damage is estimated to be between $50,000—$100,000.