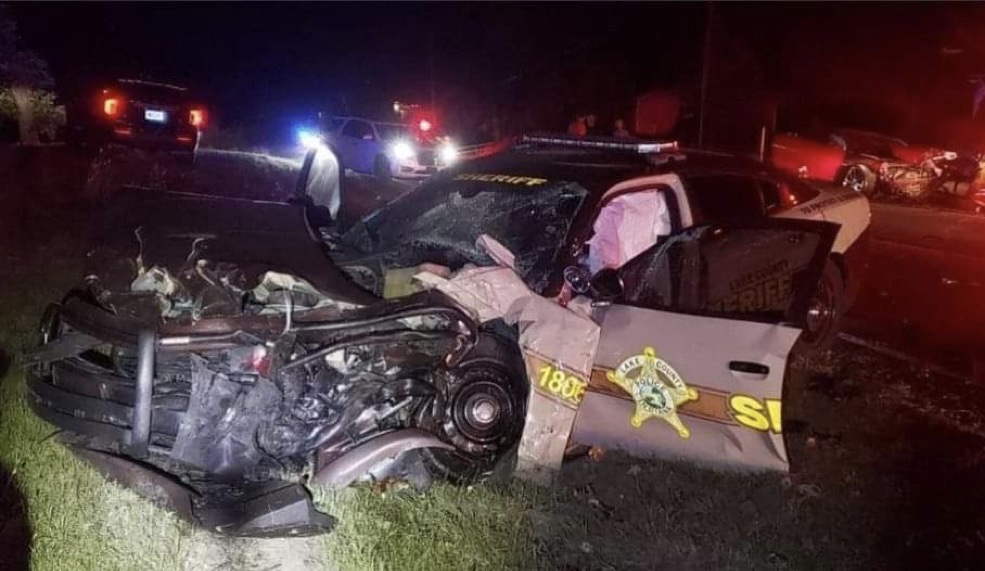 On Saturday, September 10th, a Lake County Sheriff’s Department police officer was driving a squad car searching for a suspicious subject when a speeding vehicle collided with her squad car in the 13100 block of Cedar Lake Avenue, according to Lake County Sheriff Oscar Martinez Jr.

Martinez told RNS, two speeding vehicles coming from the south were approaching the officer before the collision. The first speeding vehicle drifted into the northbound lane and collided head-on with the officer’s patrol car.  The second civilian car rear ended the first one, Martinez said.

The driver of the first civilian car was a 36-year-old male from Crown Point. He was transported to Franciscan Health Hospital in Crown Point, where he was pronounced deceased. The drivers name has not been released as of Monday.

The police officer who was injured has been released from the hospital.  She is recovering from knee and leg injuries, Martinez said.

Indiana State Police are reconstructing the crash and it remains under investigation.